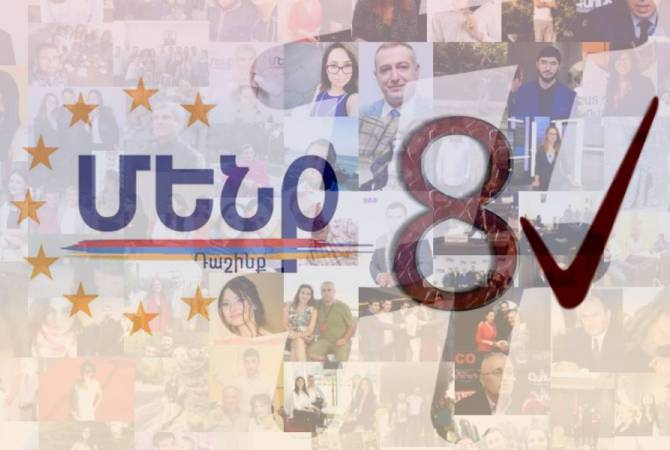 
YEREVAN, NOVEMBER 26, ARMENPRESS. The Menk (We) bloc considers itself to be an alternative to the Im Kayl My Step bloc in terms of foreign policy in the upcoming election.

“Free democrats are the only emphasized pro-Western party bearing European views in the arena, it has never deviated from its path, that’s why we formed an alliance with this very party. We are an alternative to all parties and blocs, however first of all to the Im Kayl bloc led by the caretaker prime minister. We are a stable alternative for the incumbent government. The incumbent government is carrying out the previous government’s path in terms of foreign policy. However, the CSTO and the EEU gave nothing to Armenia. We think that Armenia should withdraw from these structures. Basically, there is no tangible result from them. However, the withdrawal should be smooth,” candidate for parliament Tehmina Vardanyan said, adding that they will tour the entire country to present their program.

Candidate for parliament Manvel Ghazaryan presented why they are pro-Western.

Speaking about the NK conflict, he said that it must be solved only by respecting the self-determination right of the people of Artsakh.

He also said that contract regiments must be created so that young conscripts don’t serve on the frontline.

The motto of this bloc in the campaign is “Armenia First”.