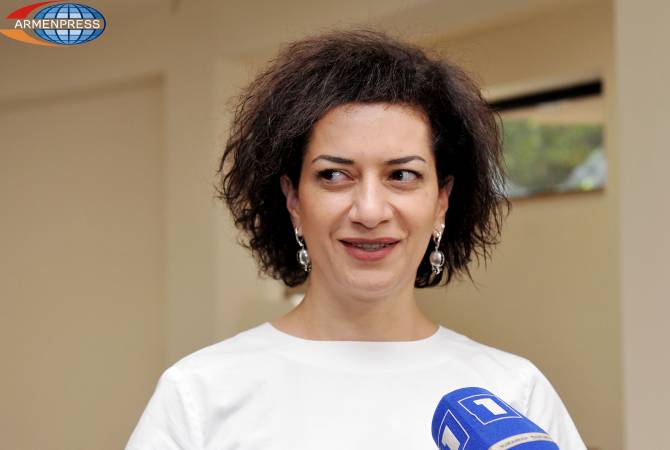 
YEREVAN, NOVEMBER 10, ARMENPRESS. Armenian acting Prime Minister Nikol Pashinyan’s spouse Anna Hakobyan has departed for France on November 10 to participate in the event dedicated to the 100th anniversary of the Armistice signed at the World War I and the Paris Peace Forum in Paris on November 10-11, her Office told Armenpress.

She will accompany the acting PM during the two-day Forum.

After the Paris visit, Anna Hakobyan will depart for Moscow, Russia on November 12 to take part in several official meetings organized in the Armenian Embassy, in particular with spouses of a number of Ambassadors accredited in Russia, as well as with the representatives of business circles.

A gala-event will be held in Moscow on November 11, all proceeds of which will be provided for the implementation of the programs of Armenia’s My Step Foundation by the initiative of event organizers.