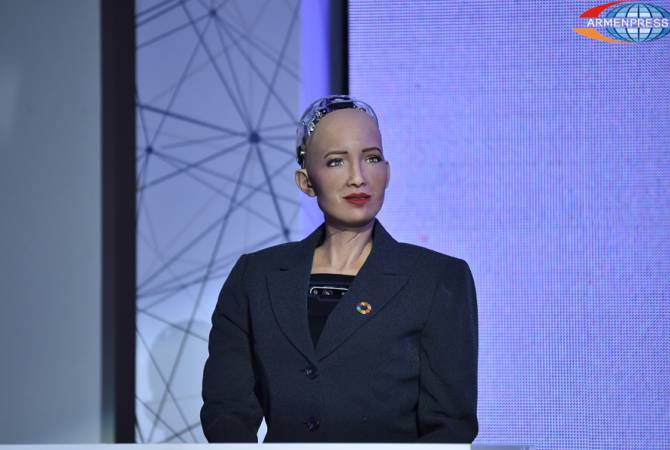 Sophia spoke in English, but promised to speak French next time.

“French is a beautiful language. It is the language of Voltaire and Charles Aznavour,” she, or it, said.

“You better believe that learning French will be the top of my list,” she added. “The next time we meet, I hope, we will be able to converse in French.”

The forum is organized under the high patronage of President Armen Sarkissian.

Yerevan is hosting the XVII International Organisation of La Francophonie summit in 2018.

The events will take place October 7-12, with the summit scheduled for the final two days.

Armenia is a member of the organization since 2008.