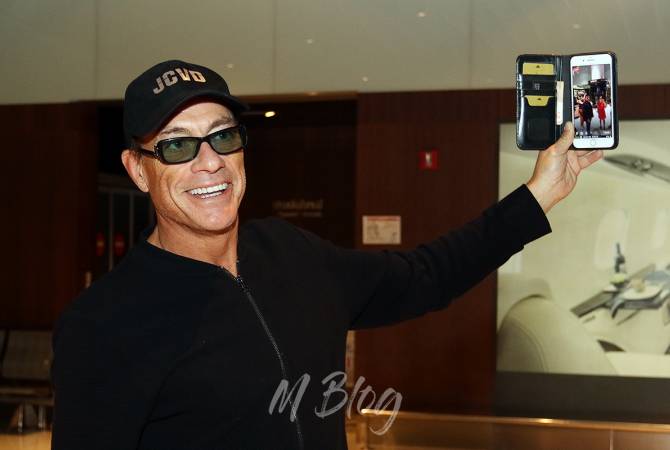 Shortly after landing in Zvartnots airport Van Damme posted a video on Facebook.

The blockbuster film star is seen posing for photos with fans upon exiting the airport.

“I’m happy to be here, Armenia is great”, he says in the video.

Van Damme, 57, has arrived to make an appearance in the Armenia series of Comedy Club, the Russian stand-up TV show.