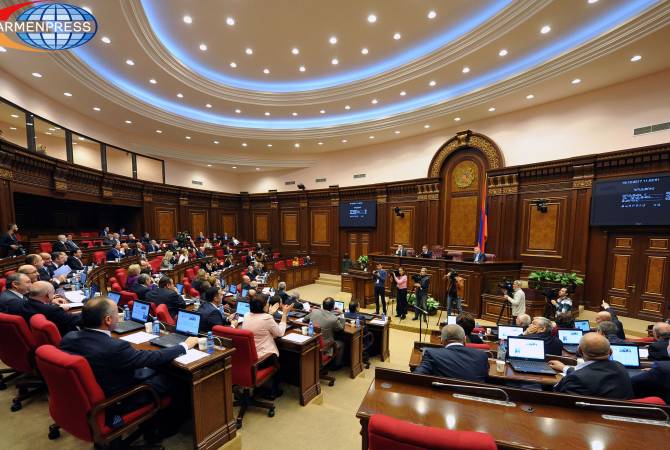 Speaker of Parliament Ara Babloyan told lawmakers that at the recommendation of the government an extraordinary sitting will be held on June 19.

1 trillion 210 billion dram was planned in revenues, the adjusted plan increased it to 1 trillion 320 billion while factually 1 trillion 237 billion was ensured.

The deficit was planned to be 150 billion drams, then 240 by the adjusted plan and it factually amounted to 267 billion drams.