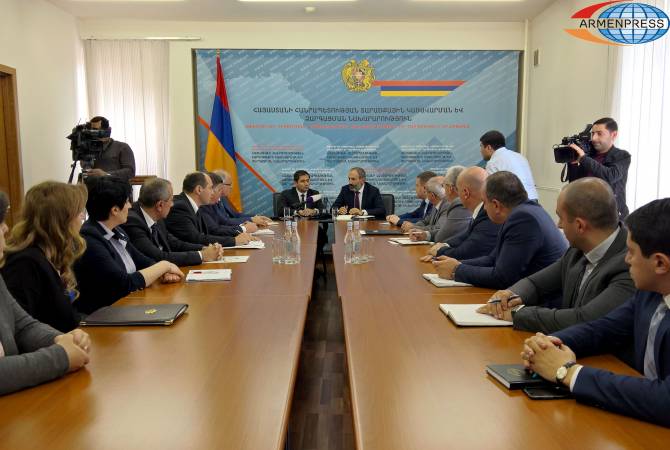 The PM said he attaches great importance to the issue of proportionate territorial development and sees new opportunities for its implementation in this new situation. “I hope new investments will come to Armenia and especially from the Diaspora. It will also contribute to the territorial development. I hope the philosophy will change in this new political situation, people will more think about creating jobs in provinces”, PM Nikol Pashinyan said.

He stated that the irrigation water must become as available as the electricity. “We should work on the effectiveness of the activity of local self-government bodies”, the PM said.

The newly-appointed minister Papikyan said he met with the sectoral representatives. “We are ready to work on the issues you voiced”, he said.

Suren Papikyan said it is necessary to contribute to democracy development. PM Pashinyan added that the public must be engaged in governance processes, and the reforms must be supported by the public in order to be effective.

Suren Papikyan was appointed minister of territorial administration and development on May 12 by the decree of the President and the proposal of the PM.