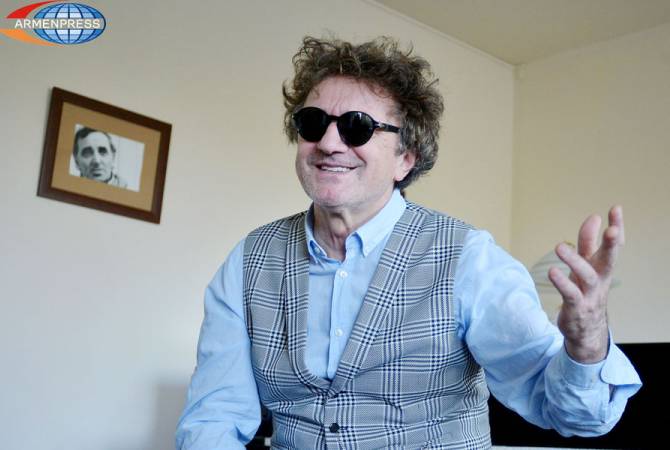 
YEREVAN, APRIL 18, ARMENPRESS. The film scores for nearly all famous movies of filmmaker Emir Kusturica - Time of the Gypsies, Arizona Dream, Underground – have been composed by Goran Bregovic.

Bosnian musician is one of the most internationally known modern musicians and composers of the Balkans.

In his early years, Bregovic dropped out of a musical school, where teachers said he “has no talent”.

His life changed dramatically when his mother gave him a guitar.

Renowned composer and musician Goran Bregovic was in Yerevan to perform a live concert at the invitation of Mezzo Production on April 16. This wasn’t the first visit of Bregovic to Armenia. Back in 2010 the acclaimed musician gave a concert in Yerevan again.

ARMENPRESS had an exclusive interview with Goran Bregovic as part of the musician’s Yerevan visit. Bregovic talked about his orchestra, collaboration with Emir Kusturica and his inspirations.

About his Weddings and Funerals Orchestra

Before collaborating with me, the members of this orchestra were performing at weddings and funerals. Initially I was jokingly calling them Weddings and Funerals Orchestra. Then I began liking this name.

On giving money to musicians on stage during breaks

About being expelled from music school for “lack of talent”

I’ve always been talented. If you are a smart kid you understand that girls like guitarists, not violinists. By the way, my mother gave me my guitar as a gift. 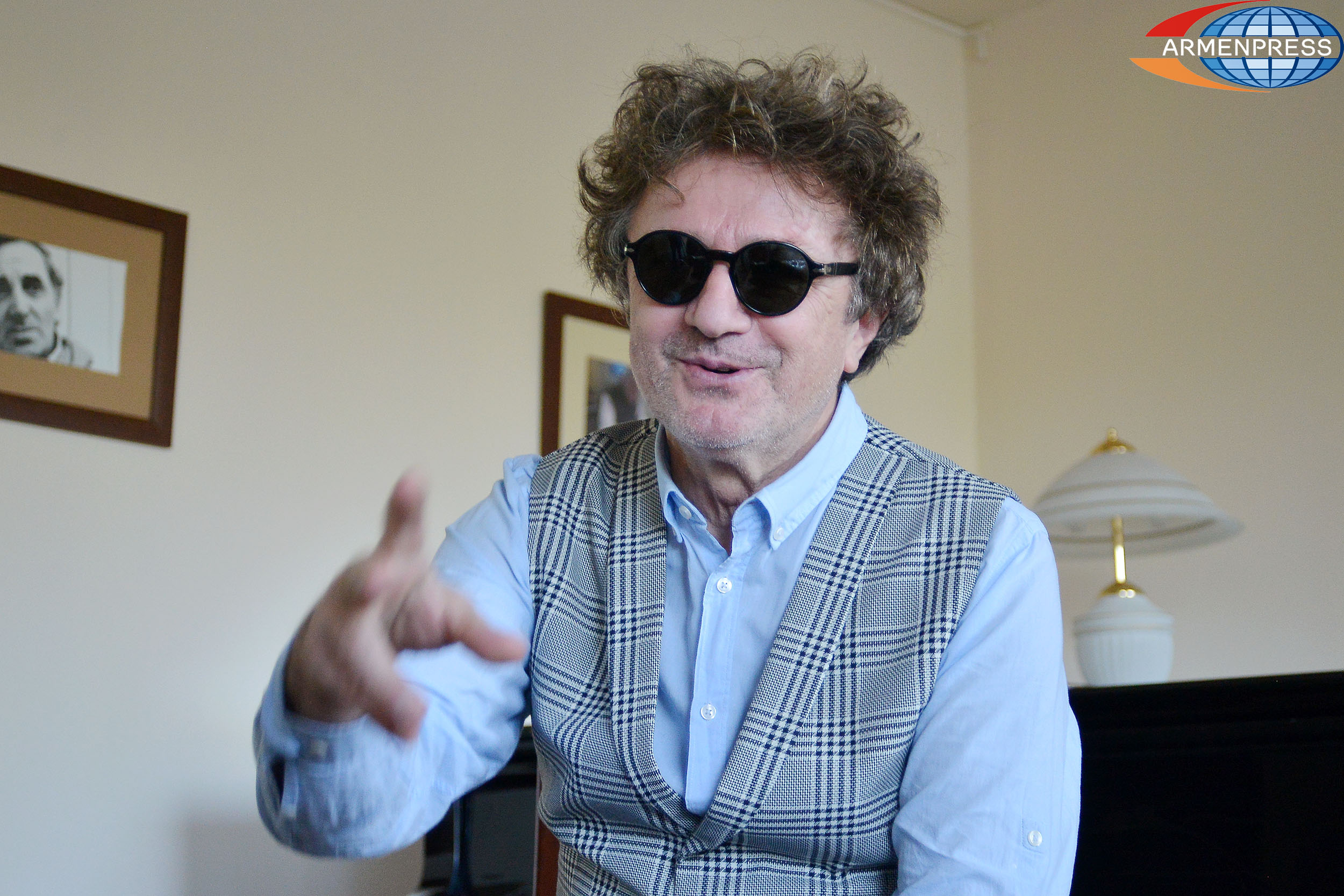 I am from a very small musical country, but it so happened that I perform in Armenia, Iceland, Siberia, New Zealand and all around the world.

We both are from Sarajevo. There, just like in Yerevan, everyone knows one another. I wrote the score for Kusturica’s first film - Time of the Gypsies – for the sake of our friendship. At that time I was the biggest rock and roll star in my country. But you know, rock stars don’t write scores for movies. They don’t pay you enough money for doing that, neither do you get enough glory. The second was Arizona Dream: war began in our country. Fortunately, at that time I and Kusturica were in Paris. 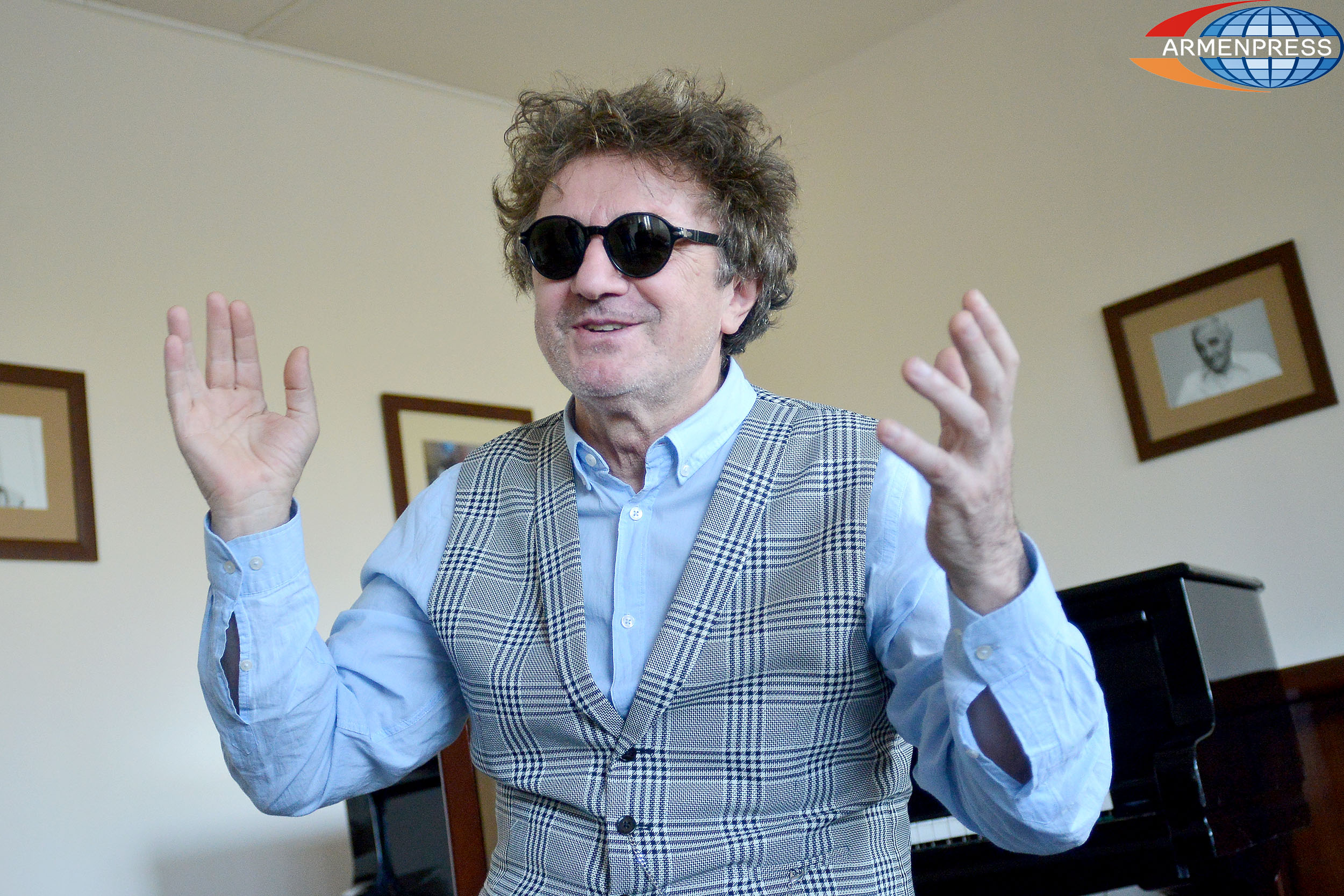 About similarities between Armenia and his homeland

Due to the location of your country, elements of different musical cultures can be noticed in your music. It’s the same with my country. Each culture has certain impacts.

Certainly, I like Charles Aznavour’s songs. I also have CDs of your national songs. I remember that the last time that I was here I witnessed a wedding in a hotel during dinner. And the musicians of the evening were so good, they were playing so wonderful. You are a very musical nation.

What is inspiration….You know, people think that a composer sits before a piano and suddenly the muse sits on his shoulder. But it’s never like this. Inspiration is a lengthy process. You don’t know where everything comes from. Composers are subliminal thieves. I don’t know – where I’m getting something from, hearing something….

#CultTalk is a new exclusive project of ARMENPRESS, presenting interviews with both Armenian and global stars.