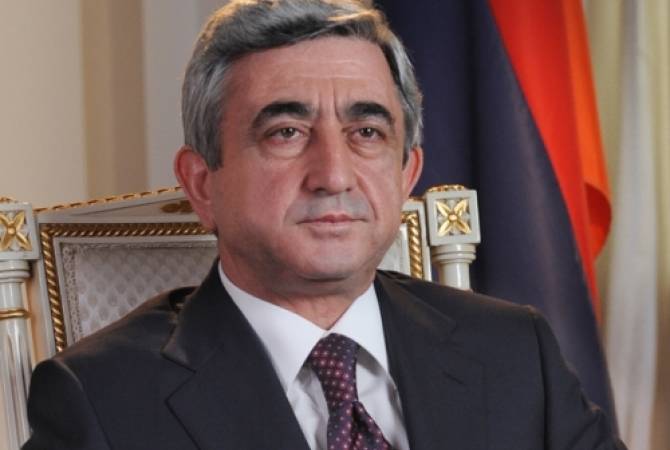 
YEREVAN, APRIL 16, ARMENPRESS. 3rd President of Armenia Serzh Sargsyan is convinced that the Russian Federation must be in the Parliamentary Assembly of the Council of Europe (PACE) as that country is part of Europe, reports Armenpress.

“Of course, Russia must be in the Council of Europe, must be its full member, including also in the Parliamentary Assembly. In general, Russia is part of Europe, and the PACE is the platform where debates, dialogues should be held, the voices from the most different European corners should be heard.

I once again repeat that Russia is part of Europe, it should be in PACE. For me it is incomprehensible and unacceptable when issues are being discussed relating to a country, but that country is not attending them. This is not right. The sanctions are the most extreme measures, and their benefits are highly questionable”, Serzh Sargsyan, the ruling Republican Party’s candidate for Prime Minister, said in an interview to the Russian Izvestiya news agency, asked whether he considers necessary returning Moscow the right to voice in the PACE.