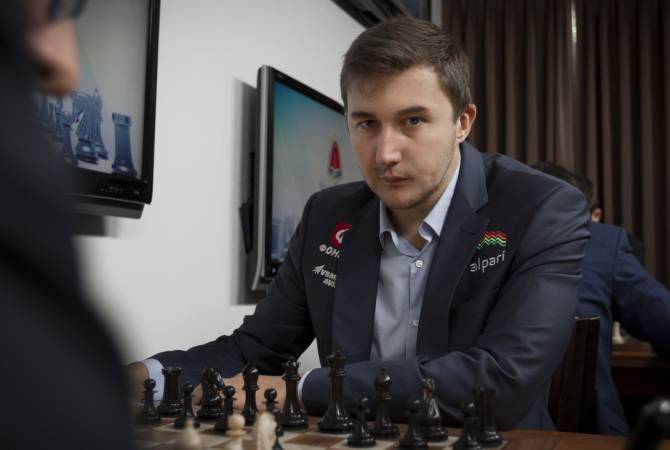 
YEREVAN, FEBRUARY 27, ARMENPRESS. In a couple of days the Candidates Tournament 2018 will kick off in Berlin, Germany, to determine the challenger for the defending world champion, Magnus Carlsen in the World Chess Championship 2018.

Sergey Karjakin, one of the three chess players representing Russia at the event, is among the 8 competitors in the Candidates Tournament 2018.

In an exclusive interview to ARMENPRESS ahead of the tournament, Karjakin talked about his expectations, his opponent Levon Aronian and others.

What are your expectations from the Candidates Tournament?

Who are the main favorites of the tournament?

I believe the well-experienced Levon Aronian is the favorite at the Candidates Tournament. He is eager to win. This is the dream of his life. He has played in the Candidates Tournament for numerous times and has always been the main favorite. I remember how he was confidently leading the ranking at the London Candidates Tournament. But sometimes he loses his nerve. Perhaps this is because he treats it with great responsibility. I won’t ignore Mamedyarov also, who had a great year. It speaks volumes that Shakhriyar is currently ranked 2nd by FIDE.

What kind of training will you undergo?

Training camps, training camps and again training camps. There are changes in my team, I am now cooperating with Alexander Ryazantsev. He is a wonderful expert. He has joined my team.

What kind of an opponent is Levon Aronian for you?

Our games always proceed in an interesting struggle. Previously Levon was “striking” me frequently, but now I am also giving counterpunches. We had a wonderful game in the London Candidates Tournament when I agreed to a draw in a winning position. Therefore Levon owes me [ laughs] .