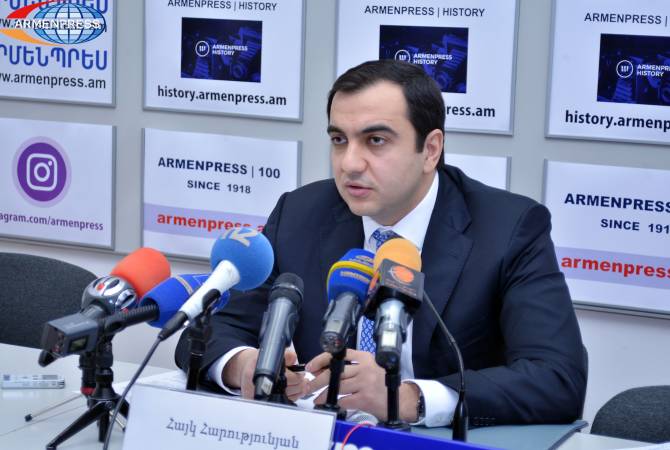 
YEREVAN, FEBRUARY 13, ARMENPRESS. The program of upgrading and reconstructing the Armenian Nuclear Power Plant will continue in 2018, Hayk Harutyunyan – deputy minister of energy infrastructures and natural resources, told a press conference in Armenpress, adding that significant works were carried out in 2017 within the frames of the NPP upgrading and reconstruction program. In this regard the upcoming five months of 2018 are going to be an active reconstruction stage.

“The investments here are mainly directed to increasing the security level. As a result of this reconstruction program we will have increase in capacity by at least 10% at the expense of its efficiency”, the deputy minister said.

He also commented on rumors over closure of the NPP, stating that they have never said that the NPP will constantly operate. He informed that the International Atomic Energy Agency regularly conducts research and presents conclusions.

“We plan to extend the NPP upgrading and reconstruction program. In the EU similar blocs were extended by 30, rather than 10 years. We do not see any problem here. No one says that our Nuclear Power Plant will operate constantly, but our investments are mainly directed to increasing the safety standards and we have always worked on this path”, he said, adding that in 1995-2015 150 million USD investment has been made on this direction.