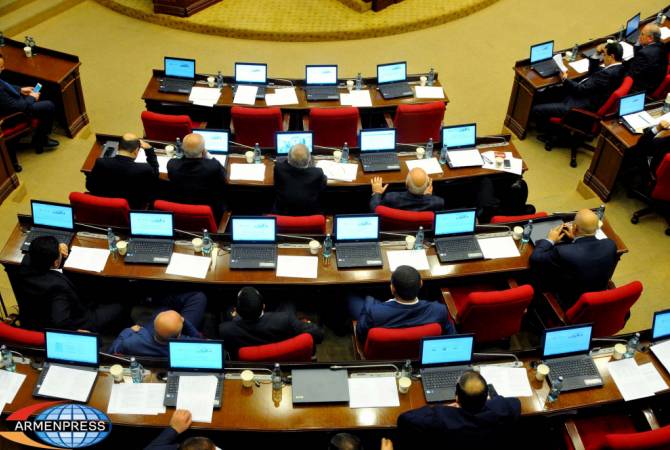 
YEREVAN, FEBRUARY 9, ARMENPRESS. The Armenian Parliament adopted the bill on Formation and Activity of the Security Council, reports Armenpress.

89 MPs voted in favor of the bill, with 7 votes against.

The Yelk faction voted against the bill expressing complaint that the President and the Speaker of the Parliament will not be included in the Security Council.

According to the 2015 Constitutional changes, the Security Council will chaired by the Prime Minister, and the procedure of the formation and activity of the Council should be defined by law.