EAFJD to continue organizing visits of European public, political figures to Artsakh in 2018 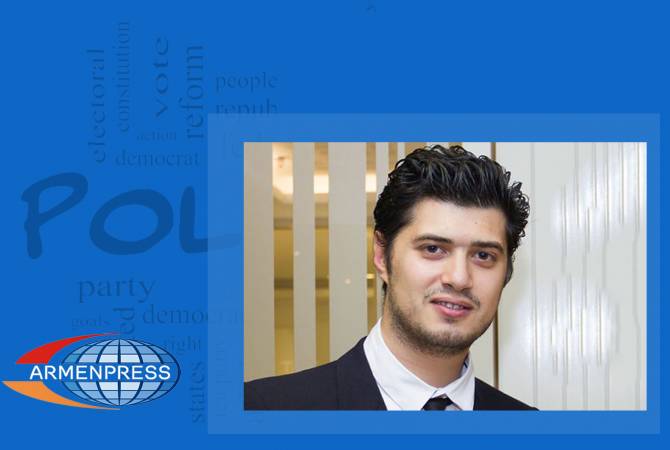 
YEREVAN, FEBRUARY 6, ARMENPRESS. The European Armenian Federation for Justice and Democracy (EAFJD) will continue organizing the visits of European political, public figures to Artsakh in 2018, Harut Shirinyan - Public Relations and Communications Officer at EAFJD, told Armenpress. He said today Artsakh’s geopolitical situation is such that every Armenian living in Diaspora becomes an ambassador of Artsakh.

“What we know about Artsakh’s statehood, people and difficulties, should be transferred to foreigners. The EAFJD, in contacts with many European lawmakers, considers their visits and that of other public groups to Artsakh as one of the goals of its mission. During those days the EAFJD has already organized the visit of the delegation of MEP Adaktusson to Armenia and Artsakh where he had a number of political meetings”, Shirinyan said.

He stated that the visit of these delegations is important in a sense that these figures get acquainted with the situation, moreover, they contribute to the development of parliamentary diplomacy which somehow also counters Azerbaijan’s caviar diplomacy.

“The practical results of such initiatives are possible to receive only in a long-run, but the direct results are not late as well. I can present one example: the creation of the parliamentary friendship group of Belgium and Artsakh which took place in October, 2017 on the sidelines of the 4th European-Armenian congress organized by the EAFJD with the presence of the President of Artsakh”, he said.

Harut Shirinyan said this year as well they will work on several directions – fight for justice over the issue of the Armenian Genocide, preservation of the rights of Artsakh people and reduction of isolation.

“In reality, the Turkish and Azerbaijani authorities, showing their real faces to the whole world, unconsciously contributed to the works of the EAFJD in 2017. The human rights violations and persecution of minorities in Turkey are known to everyone. Azerbaijan’s caviar diplomacy facts and the offensive style in the line of contact are also clear. Here I want to state that one of our priorities for 2018 should be to urge to the European political elite to exert pressure on Azerbaijan to install investigative mechanisms for ceasefire violations on the border”, Harut Shirinyan said.

During 2018 the European Armenian Federation for Justice and Democracy also plans to hold events on the 100th anniversary of the First Republic of Armenia. A number of events, including exhibitions, lectures, concerts, will be held in France, Belgium and Netherlands on this occasion.