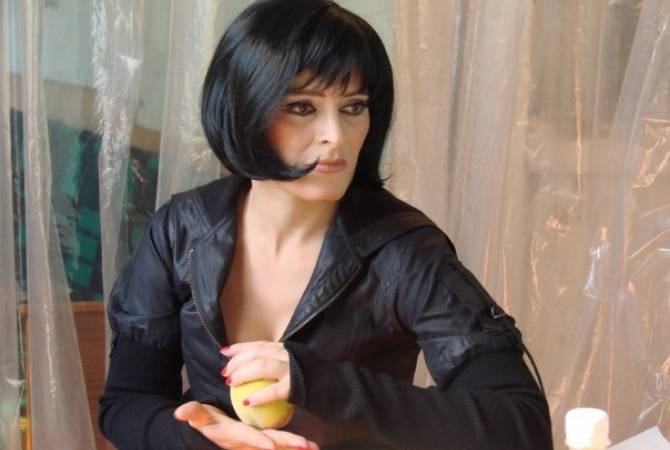 ARMENPRESS presents the interview with the artist.

-Luiza, I have heard about you as an interesting, creative-thinking person and artist, from my artist friends, as well as from the Armenian, foreign media and the internet. You have passed an interesting professional path which started from Hayfilm. Can you please talk a little about it?

-Yes, after graduating the Film and Theater Actor department of the Hayfilm studio, I was admitted to the department of Directing at the Culture faculty of the Pedagogical Institute headed by Henrik Malyan. After graduating I got married and moved to Gyumri. It was after the earthquake….I was the head of theatrical group at the Gyumri branch of Henrik Igityan Aesthetics Center, and at the same time I started working at the newly-opened Shirak TV as a producer. Later under some circumstances I returned to Yerevan….here I was working at Kentron TV as a producer of the children program, later I worked as an actress at the Pos theater. Unfortunately, the theater closed and I made a decision to depart…. I departed for Sweden in 2008. In the beginning I worked as an actress at the local theater, but assessing my capabilities I understood that I can also work as a producer and formed Kamin (Fireplace) theatrical group in the same theater. As a producer I created performances with this group for kids and adults. Among the successful and important performances are H. Tumanyan’s fairy tales.

-Wasn’t it difficult to perform Tumanyan’s tales in Swedish, keeping the smell and taste in the translation? Which fairy tales did you perform and why?

-I staged Tumanyan’s ‘The Liar’ and ‘The Foolish Man’. The translation from Armenian into Swedish has been done by me trying to maintain the so-called “salt and pepper” of the translation language. I selected these works since the topics were universal, with a delicate rumor which everyone understands regardless of nationality. The actors were Swedish nationals who played the performance with a great emotion, love and dedication. I even kept several Armenian expressions in the performance in order to maintain the Armenian breath and atmosphere. But these Armenian expressions not only remained on the stage, but also outside it. I want to state that the performance was held in the famous Bianca theater where Armenia’s Ambassador to Sweden Apitonyan, members of the Armenian community, the EU delegation representatives, Swedish theater-lovers attended the premier.

-What key professional achievements did you have in Sweden?

-Among the most important achievements I consider the invitation from the Uppsala theater where I was working on contractual basis. I was invited to play two roles in this theater.

-As I know, you are the first actor with Armenian surname who had a chance to play in the local theater.

-From a professional point of view this is a great progress, but in general I consider an achievement the fact that many Swedish people, unaware of Armenia, recognized and revealed the country thanks to me. Many of them were searching for information about Armenia in Wikipedia, getting acquainted with our culture, history and literature. Recently my Swedish friends visited Armenia, together we toured our historical-cultural sites, got acquainted with Armenia’s taste and smell. As a result, they are impressed with and interested in Armenia which is very important and pleasant for me.

-What do you most value in life?