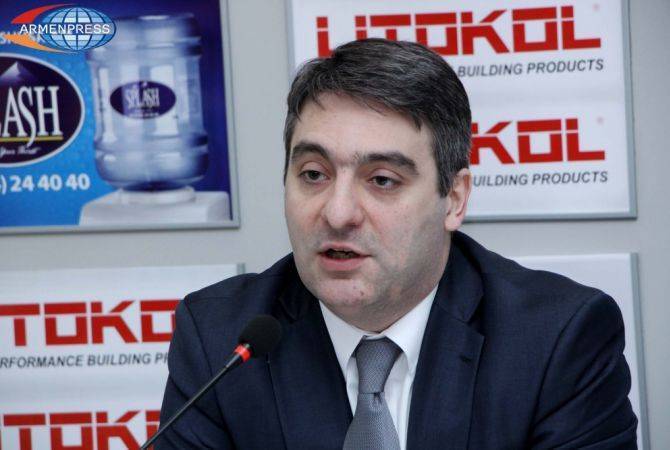 
YEREVAN, NOVEMBER 21, ARMENPRESS. As of now 17 companies have a right to conduct an activity in Armenia’s two free economic zones – Alliance and Meridian, 10 of which operate in the Alliance FEZ.

Vahagn Lalayan – head of the investment attraction and coordination department in the ministry of economic development and investments, told Armenpress that these are companies with American, Russian and Arabic capital, there are also businesses set up by Istanbul-Armenians and Syrian-Armenians.

The official said the companies are mainly engaged in export since the legislation defines several privileges for export. “For the companies operating in the free economic zones is more beneficial to export the product than to sell in Armenia since in case of export the privileges are much more. If you make a product from foreign raw material, you need to make a customs clearance when selling the product in Armenia, but in case of exporting to third countries there is no need for customs clearance”, Lalayan said.

He added that as of late 2016 the overall export volume from the free economic zones comprised about 10 million dollars which is the 0.6% of Armenia’s overall export. “It’s not a big figure, but we need to take into account that the companies have just started to operate. The companies were formed in 2016 and received a right to conduct an activity in the free economize zones”, the ministry official said.

Vahagn Lalayan noted that there are companies that extend the deadline of their activities, and another company has expanded its activity directions. He informed that if the first companies were submitting applications for operation for three years, now they do this for five years and more. “This shows that if the first companies wanted to understand the situation, whether the concept will work or not, now they want to work longer at the FEZ”, the official said.

Lalayan informed that one of the companies in the Meridian FEZ received a right for conducting an activity until the end of the free economic zone. But it’s worth mentioning that the legislation allows both the organizer and the operator to extend the terms of their activities. At present the term of the FEZ is 10 years.

Asked whether there are companies in the free economic zones that want to suspend their activities and what are the reasons, Vahagn Lalayan said: “As of now two companies suspended their activities: for the one it was not appropriate in terms of their activity, given that products made of foreign material need customs clearance to be sold in Armenia, and the other suspended the activity since their partners in Russia went bankrupt, and they were unable to work. Another company also didn’t continue the activity after the deadline expired”.