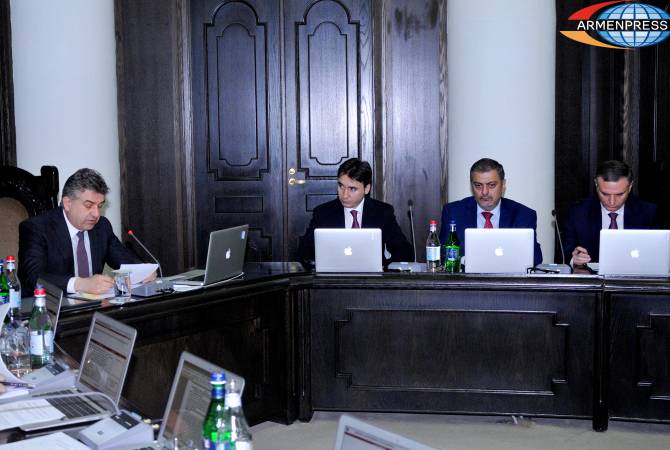 
YEREVAN, NOVEMBER 16, ARMENPRESS. The Armenian government approved bill on ratifying the agreement between Armenia and Russia which was signed on October 24, 2017 on providing a state exports loan to Armenia.

Deputy defense minister of Armenia Artak Zakaryan said during the Cabinet meeting that under the agreement Russia is providing a new loan of state exports worth 100 million dollars to Armenia for acquisition of Russian made modern military equipment, armaments and its supplies.

Under the agreement, separate contracts will be signed between the Armenian defense ministry and Rosoboronexport regarding remaining issues, including maintenance, deadlines and others.

Back in 2015 Armenia signed another loan agreement with Russia for 200 million dollars, which is currently in force.