Chess helps to be fair in life, accept victories and defeats – President Sargsyan 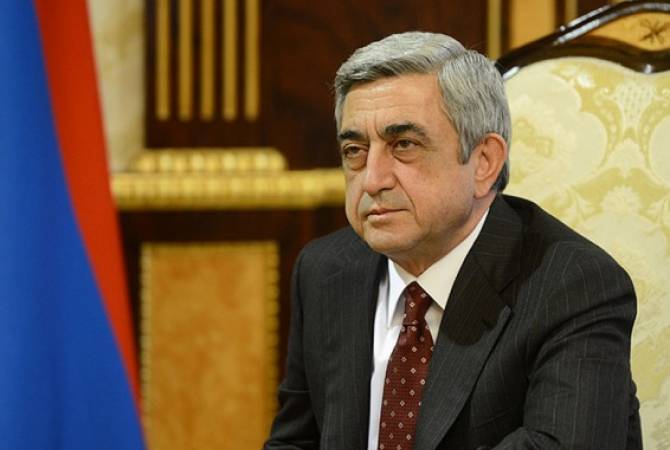 
YEREVAN, NOVEMBER 1, ARMENPRESS. Digital and telecommunication technologies are developing in Armenia and the authorities have done a lot of work to first of all invest effective educational system, ARMENPRESS reports President of Armenia Serzh Sargsyan told “Russia 24”, adding that he refers to the IT projects, robotics and chess.

To the question if the investment of chess in the educational system has been productive, President Sargsyan said, “Very much, and not only in terms of making achievements in the IT sector. Chess is a game where one wins or loses in a fair way. No one disturbs you there, there are no other people there. It also helps one to be fair in life as well, to accept his own victories and defeats. It’s very important. We attach great importance to extracurricular education and c enters for creative technologies have been opened both in Yerevan and other cities of our small country, where children come after school irrespective of their age and check their abilities in the spheres of animation or programming. Those who achieve some success go to the second and then third stages, and later set up their own start-ups”, Sargsyan said, adding that it’s a good base for future success.