Bollywood shooting a film in Armenia 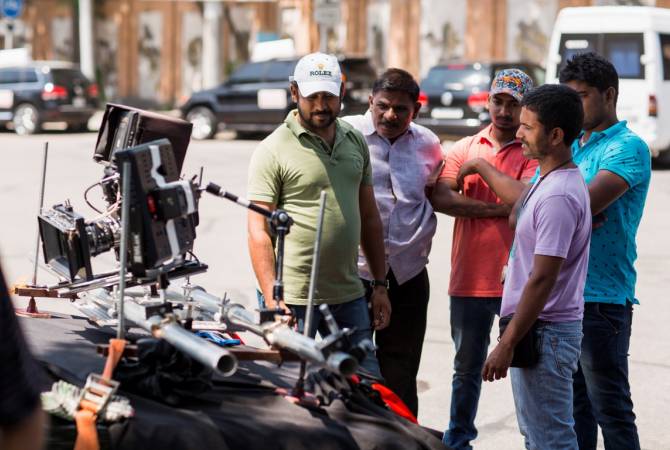 Lilit Martirosyan – executive producer at Sharm Holding, told Armenpress the shootings of the film will continue until late July.

The cooperating sides are confident that the shooting of an Indian movie in Armenia will boost inter-cultural ties.

“Now filming is being conducted and it will be carried out in Sevan, Dilijan, as well as in many beautiful sites of Yerevan. The film is a melodrama featuring a love story of a girl and a boy who come to Armenia for study. The film crew, nearly 30 people, have arrived in Armenia. They brought all professionals from their country, there will be no need for Armenian hair stylist or makeup artist”, Lilit Martirosyan said, adding that Armenian actors as well will be featured in episodic roles.

“Indian movie production is quite developed and most of the films during the year are shot in India, about 1000 films. If half of India’s population watches a movie shot in Armenia, our country will become well-known. It will first of all boost our economy. We are interested in developing film production in Armenia”, Lilit Martirosyan said.

The film will be screened in the Indian market. By the end of the year it will appear on a big screen. This is the first time in Armenia when an Indian film is being shot.