US calls on Turkey to release detained activists, revise state of emergency provisions 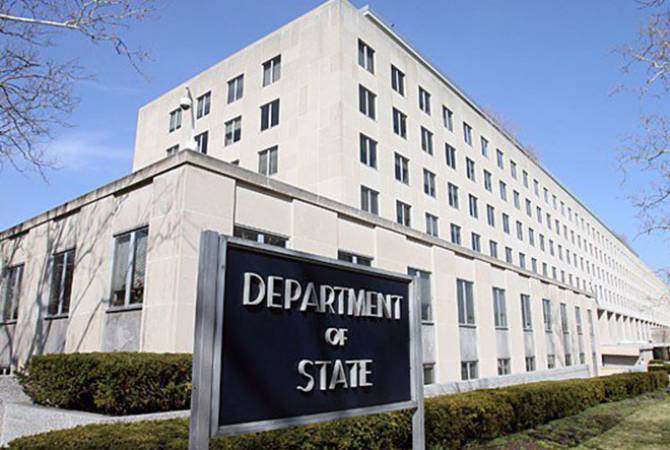 
YEREVAN, JULY 19, ARMENPRESS. The US State Department expressed concern over the latest unlawful arrests of human rights activists in Turkey.

“The United States strongly condemns the arrest of six respected human rights activists and calls for their immediate release. This includes Amnesty International’s director in Turkey, Idil Eser, and several foreign nationals. Prosecutions like these with little evidence or transparency undermine Turkey’s rule of law and the country’s obligations to respect individual rights. We urge Turkish authorities to drop the charges, release those who have been detained, and remove the provisions of the state of emergency that allow indiscriminate prosecution of individuals. So we will continue to keep an eye on that”, US State Department spokesperson Heather Nauert said at a press briefing.

On July 5, 10 activists were arrested in Istanbul. Four have been released.

The activists are accused for being members of terrorist groups. The jailed includes Amnesty International Turkey office head Idil Eser.

Amnesty International urged to pressure Turkey to immediately stop the prosecution and release them.