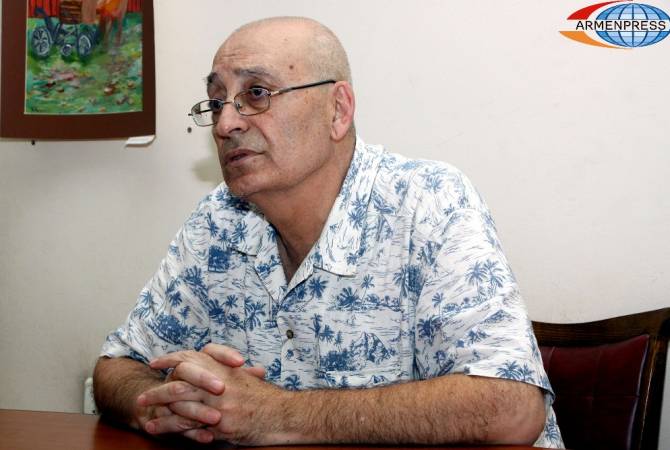 
YEREVAN, JUNE 22, ARMENPRESS. Through Armenian-German joint efforts of studying the Armenian vishapakars ( characteristic menhirs found in Armenia, literally translated as dragon stones), archaeologists discovered a menhir in the territory of Goris, which differs from all the previously discovered ones.

Pavel Avetisyan, director of the Institute of Archeology and Ethnography of the National Academy of Sciences of Armenia told ARMENPRESS that all the previously discovered menhirs in the Armenian Highlands have been sculpted.

“This recent discovery in Goris is also sculpted, but it is unique by the fact that no such samples have been found prior to this point. The dragon menhirs are the exclusive samples of the Armenian Highland’s monumental sculpting, which date back to the third millennium B.C. They are unique, which are mapped only within the Armenian Highlands, and don’t exists anywhere else”, Avetisyan said.

Many of the menhirs are damaged, with many being underground. They are found in the Geghama mountains, the foothills of Aragats and in Syunik, according to the director.