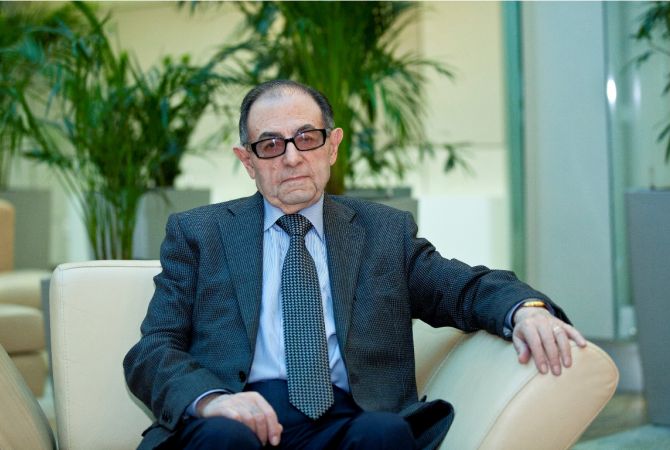 Isahakyan began his career in the former USSR State Bank – currently the Central Bank – where he took part in shaping the history of the institution by his professional and personal characteristics.

Isahakyan graduated the Faculty of Economy of the Tashkent Financial-Economic Institute in 1957, and began his career in the Yerevan office of the USSR State Bank, as a loan inspector, and later occupied various positions, up to president of board. After Armenia’s independence, he was appointed President of the Board of the Central Bank of Armenia.

Isahakyan was one of the co-chairs of the State Committee of Monetary circulation regulation, which was created by the decision of the Supreme Council in 1993. The important documents of organizing the monetary circulation of independent Armenia and the first banknotes of Armenia are ratified by his signature. His special attitude towards people and their issues are evidence of his unique experience and humanism. He will continue to be a bright example of a man with high professional qualities, law abiding conduct and civility for the Central Bank and the entire financial system.

Isahak Isahakyan was awarded the Anania Shirakatsi Medal, the Prime Minister’s Commemorative medal, the Central Bank awards. His memory will always be cherished in the lives of his colleagues.