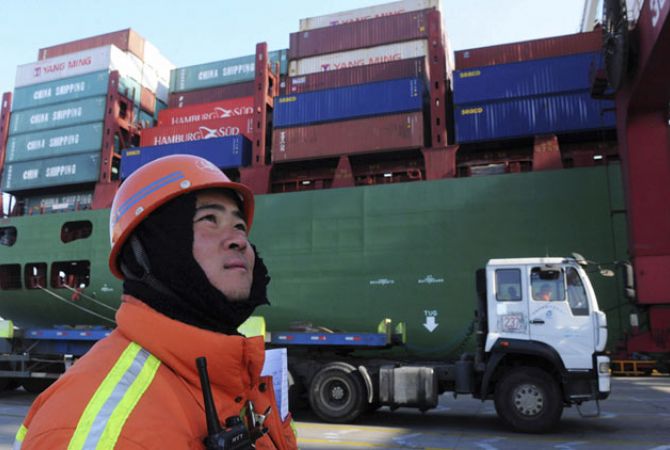 
YEREVAN, FEBRUARY 9, ARMENPRESS. Bilateral trade between Armenia and Chine amounted to 454 million USD in 2016. As “Armenpress” was informed from the data release by the National Statistical Service of Armenia, Armenian-Chinese trade turnover decreased by 5%, while the decline is conditioned absolutely by the cut of Armenian exports to China.

According to the data, in the reporting year Chinese share in Armenia’s foreign trade amounted to 8.9%, placing it second after Russia.

China’s share in Armenia’s total exports amounted to 5.4% and 11% in total imports.

The Government of Armenia approved the decision to establish a position of a trade attaché in China during the February 2 Cabinet meeting. The decision is aimed at activating business initiatives between the two states and fostering trade and economic cooperation.