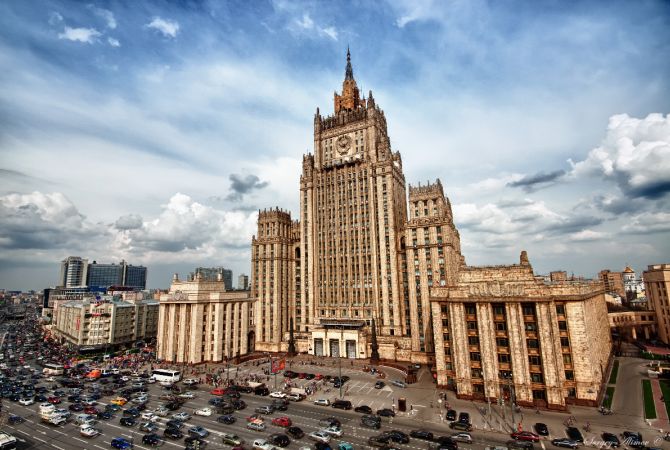 
YEREVAN, DECEMBER 27, ARMENPRESS. The Foreign Ministry of the Russian Federation has published a document called “Main results of 2016 Foreign Policy”, which refers to both Nagorno Karabakh conflict and Russia-Armenia bilateral relations.

“Thank to the active measures of Russia it was possible to stop the large-scale military operations in Nagorno Karabakh in April 2016 as a result of the Moscow meeting of the Chiefs of General Staff of the Armed Forces of Russia, Armenia and Azerbaijan. Efforts were made aimed at de-escalating the situation and ensuring the continuation of the peace talks in the sidelines of the Armenian-Azerbaijani summit in Vienna in May with the participation of the Foreign Ministers of the OSCE Minsk Group Co-chair countries and the trilateral meeting in St. Petersburg”, “Armenpress” reports the document reads.

The document also touches upon expansion of cooperation in the sidelines of the CSTO, particularly, the adoption of such documents as the CSTO Collective Security strategy until the year of 2025 adopted in 2016 in Yerevan, as well as a number of high-level documents on the conflict settlement in Syria and Nagorno Karabakh and fight against international terrorism.

In the part of bilateral relations with Armenia it is stated that Russia has traditionally high level of cooperation with Armenia covering a broad scope of domains.