NATO-Georgia Exercise 2016 to be launched November 10 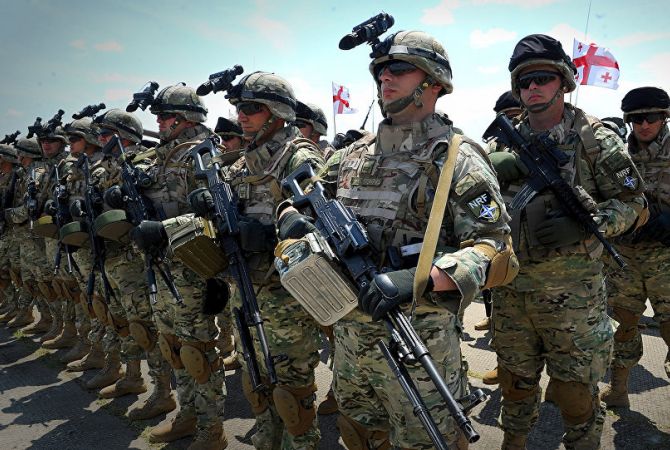 
YEREVAN, NOVEMBER 7, ARMENPRESS. Between November 10 and 20 “NATO-Georgia Exercise 2016” will take place at the Joint Training and Evaluation Center (JTEC), Krtsanisi National Training Centre, near Tbilisi, Georgia. The Exercise will be officially opened in the conference hall of IV Mechanized Brigade in Vaziani on November 10, the Georgian Defense Ministry reports.

NATO-GEO 16 is a landmark exercise for Georgia and a significant milestone in strengthening NATO-Georgia military cooperation. It is the first NATO-Georgia joint multinational brigade-level, Computer Assisted, Command Post exercise (CAX/CPX), which is included in NATO exercises list. The exercise is testing the interoperability of Georgian, Allied and Partner Forces, as well as command and control capabilities. This is the second NATO-Georgia exercise to take place through the SNGP framework - a series of 13 defence capacity building measures agreed between Georgia and NATO at the Wales summit in 2014.