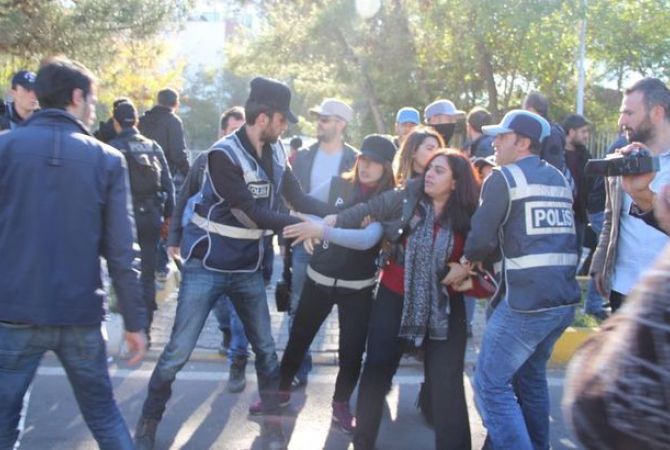 Tuncel was among the people gathered outside the Diyarbakir court where the detained lawmakers were held. Police demanded the gathered demonstrators to disperse. Tuncel, among many others, refused to leave and was arrested.

Sebahat Tuncel has numerously made statements in favor of recognizing the Armenian Genocide.

Back in 2014, being a lawmaker, Tuncel presented a bill to the Turkish Parliament which suggested President Erdogan to apologize to the Armenian people for the Armenian Genocide. The bill suggested announcing April 24 a mourning day, as well as make material and moral compensations.