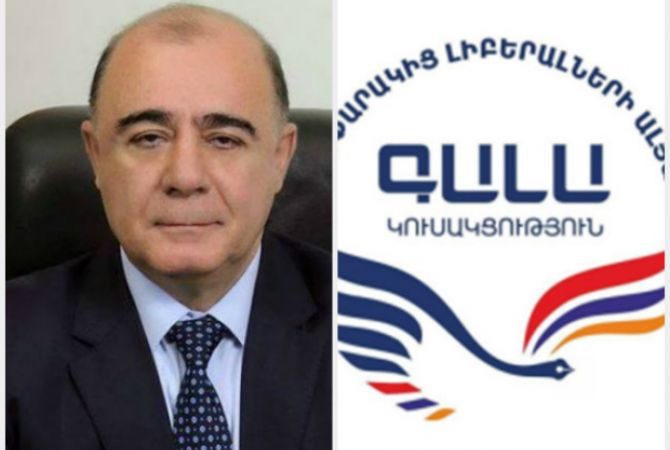 “We extend our deepest condolences and support to Grigoryan family”, the Alliance’s statement says.

The body of son of Vardevan Grigoryan who was N1 in the “Prosperous Armenia” party list in Gyumri local council elections has been found in Gyumri.

“We have received such a call. At this moment the Police officers are at the scene, the details are being clarified”, the Police said.