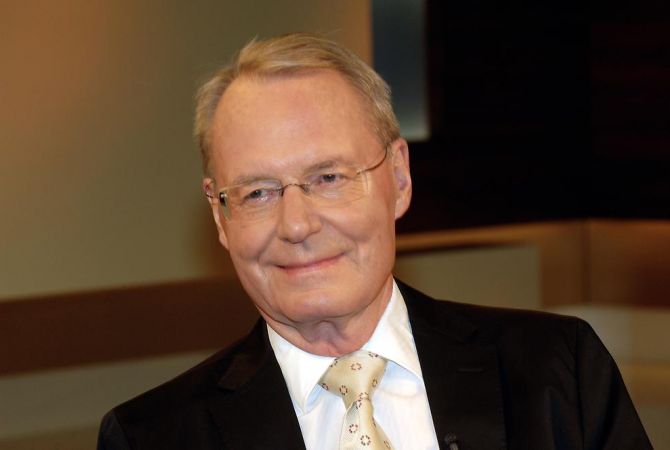 
YEREVAN, JUNE 23, ARMENPRESS. MEP Hans-Olaf Henkel, Vice-Chair of the European Conservatives and Reformists Group of the European Parliament, says the most suitable Parliament for recognizing the Armenian Genocide and taking the responsibility of guilt is the Turkish Parliament itself.

“That is the responsibility of that country, not others”, Henkel said in an interview to ARMENPRESS.

According to him, the inclusion of the Armenian Genocide in the educational system of German schools is a very good idea, because it is a part of history.

“I think it really must be taught in schools. I would like it to be firstly taught in Turkish schools. It is a well known fact in the world, that separate countries try to teach the history, which will present their country by the good side only. In this case, Germany is an exception, which presents its people the atrocities committed during the First and Second World Wars”, he said.

Speaking on Turkey’s response, which forced one of the Turkish MPs of Germany to urge banning Erdogan from entering the country, Henkel said it’s just a terrible occurrence.

“Erdogan is taking the entire country in a wrong direction, 10 years ago it may have been another country, for example it had a relatively free press, however under Erdogan, it goes down”, Henkel said.

The Bundestag adopted the Armenian Genocide resolution on June 2.

Immediately after Germany’s recognition of the Armenian Genocide, Turkey recalled its Ambassador from Germany, followed by a barrage of accusations addressed to Bundestag MPs with Turkish origin, which sparked a wave of protest inside the Bundestag against Turkey, up to Bundestag President Norbert Lammert’s announcement to Erdogan : “Pressuring individual MPs with threats means attacking on the entire Parliament”.

On June 16 it was announced that the inclusion of the Armenian Genocide in Germany’s education system is being discussed.