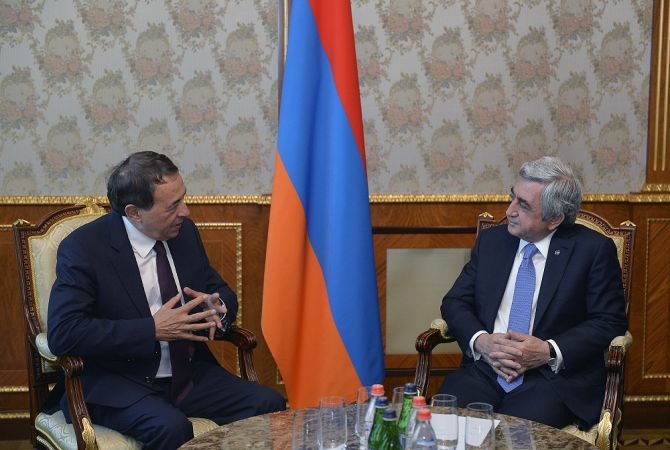 
YEREVAN, MAY 6, ARMENPRESS. President of Armenia Serzh Sargsyan had a meeting with Secretary-General of “Socialist International” (SI) Luis Ayala on May 6.

The President praised the activities of SI, which is uniting socialist and social-democrat political powers from all over the world. Serzh Sargsyan said the values and goals of SI: freedom, justice, peace, are very timely, and unfortunately their lack can be seen throughout the world today.

The Secretary General expressed satisfaction with the cooperation with Armenia through the ARF, which is a member of SI.

Ayala said the cooperation with Armenia is strengthening year by year.