Energy saving lightings to be installed in 28 streets of Yerevan 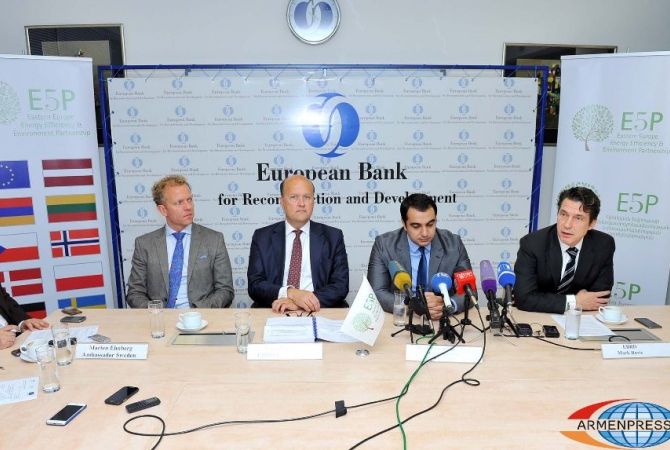 
YEREVAN, OCTOBER 20, ARMENPRESS. Energy saving lightings will be installed in 28 streets of Yerevan.

Head of EBRD Yerevan Office Mark Davis told about this on October 20, during the signification of the agreement between The European Bank for Reconstruction and Development and Armenian Ministry of Finances.

“We always said that the best method for energy saving is the investment of energy saving technologies, and Ministry of Energy is focused on resolving this question. As a result of this pilot program it will be possible to have 2000 megawatts energy saving annually”, head of EBRD Yerevan Office Mark Davis said.

He added that after finishing the trial program, which will be implemented in 28 streets, other saving lightings will be installed in the rest of streets. The cost of the program will form 57 million U.S dollars.

The European Bank for Reconstruction and Development (EBRD), the Ministry of Finance of Armenia and the Municipality of Yerevan city have signed an agreement to allocate a co-financing grant of €1.9 million to support the modernization of street lighting in the city of Yerevan. The grant is provided by the E5P fund (Eastern Europe Energy Efficiency and Environment Partnership) which is managed by the EBRD and pools donor contributions from the European Union and a number of donor countries including Armenia.