Protesters’ meeting with Armenia’s President would give a new quality to struggle: Sharmazanov 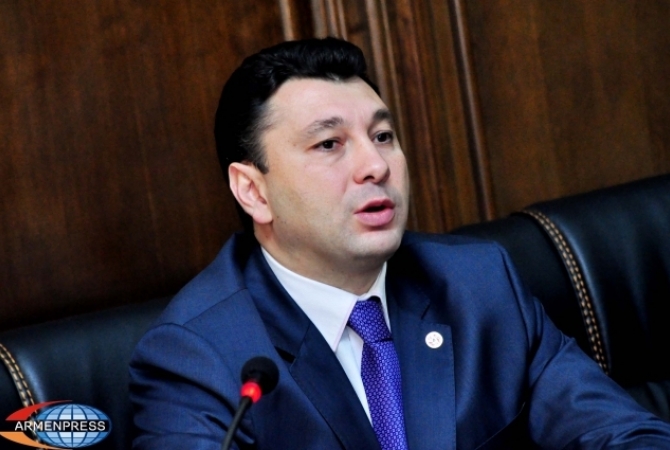 As it is mentioned in the statement provided to Armenpress by the Public Relations and Information Department of the Police of the Republic of Armenia, the organizers of the march also turned down the admonishments and requests of the police. Guided by the laws of the Republic of Armenia, the police applied to the organizers of the protest with the demand to stop the illegal march but the organizers didn’t obey. The police warned that in case of disobeying the lawful requirements of the police or counteraction, the march will no longer be considered peaceful and will be stopped. The police suggested the protestors returned to Liberty Square and continued their protest action there but this suggestion yielded no result. The police used physical force and special measures towards the violators. The police dispersed the demonstration by using water cannon, and detained a number of activists and journalists protesting against the increase in the electricity price.