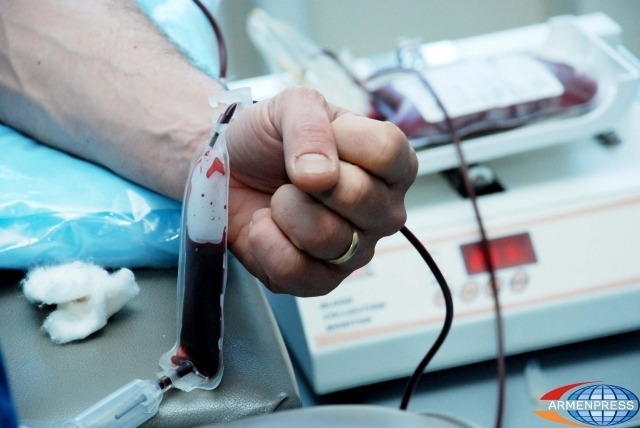 MONTEVIDEO, APRIL 18, ARMENPRESS: By the initiative of the Armenian Genocide centenary committee of Uruguay, the campaign “Blood for Life” was held in Montevideo, in the framework of which many Uruguayan Armenians donated blood.
“The Turks spilled our blood and shed death, trying to destroy the Armenians. Uruguay not only saved the life of the Armenians, but also gave freedom, so that we could continue living and preserving our national values, our culture and traditions. Now, as an expression of gratitude, we have donated our blood to the people of Uruguay with a conscience to save lives”, - stated Karo Hekimian, Armenpress reports.