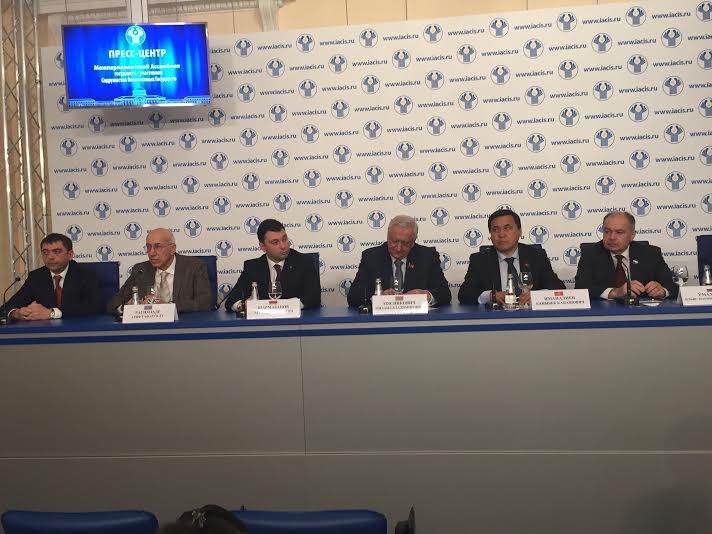 
YEREVAN, 18 APRIL, ARMENPRESS. Armenia was guided with state interest by joining Eurasian Economic Union. The Vice President of the National Assembly of the Republic of Armenia Eduard Sharmazanov stated this during the joint press conference of the heads of delegations of IPA CIS member states. The plenary session of the IPA CIS member states was held in Tavrichesky Palace of Saint Petersburg on April 17, which was dedicated to the 70th anniversary of the Victory of the Great Patriotic War.

“The time demonstrated that the decision of the President of the Republic of Armenia was justified, and it was not accidental that the vast majority of the Armenian parliamentarians voted for Armenia's accession to the EEC. Accessing to ECC, the Republic of Armenia became a part of the 170 million market. I would like to highlight the availability of cheap energy, which has perspective significance for Armenia. The Republic of Armenia receives gas at the border by 189 USD, and imports oil products by 30 percent exempted from custom fee," as “Armenpress” reports, Eduard Sharmazanov noted.