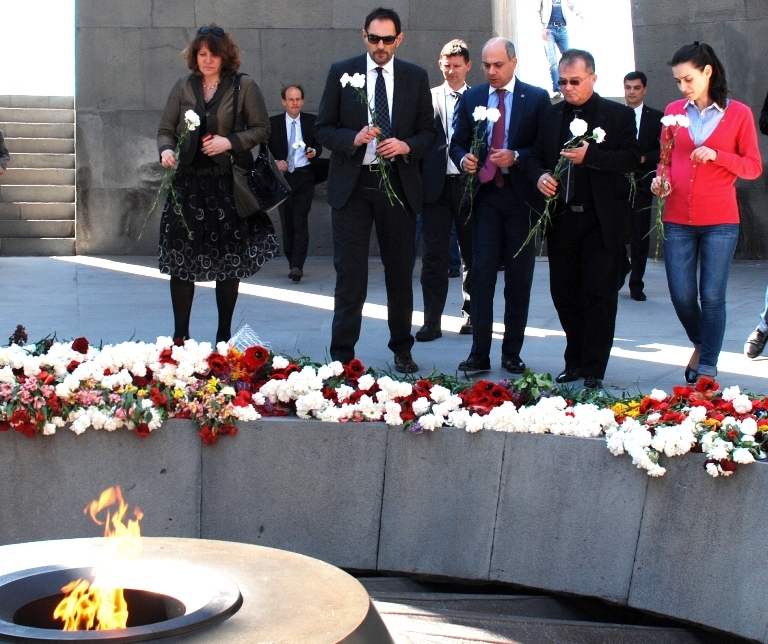 
YEREVAN, 16 APRIL, ARMENPRESS. The delegation of the Council of Europe’s Group of States against Corruption (GRECO) is in Armenia. As the Department of Public Relations of the Penitentiary Department of the Ministry of Justice of the Republic of Armenia reports to “Armenpress”, on April 16, the members of the delegation, including Michael Janssen, Frank Rau, Diana Kurpniece, Drazen Yelenic and Tibor Katona, with the accompaniment of head of the Armenian delegation to GRECO, Major General Artur Osikyan, visited the Tsitsernakaberd Armenian Genocide Memorial where they paid their tribute to the victims of the Armenian Genocide.