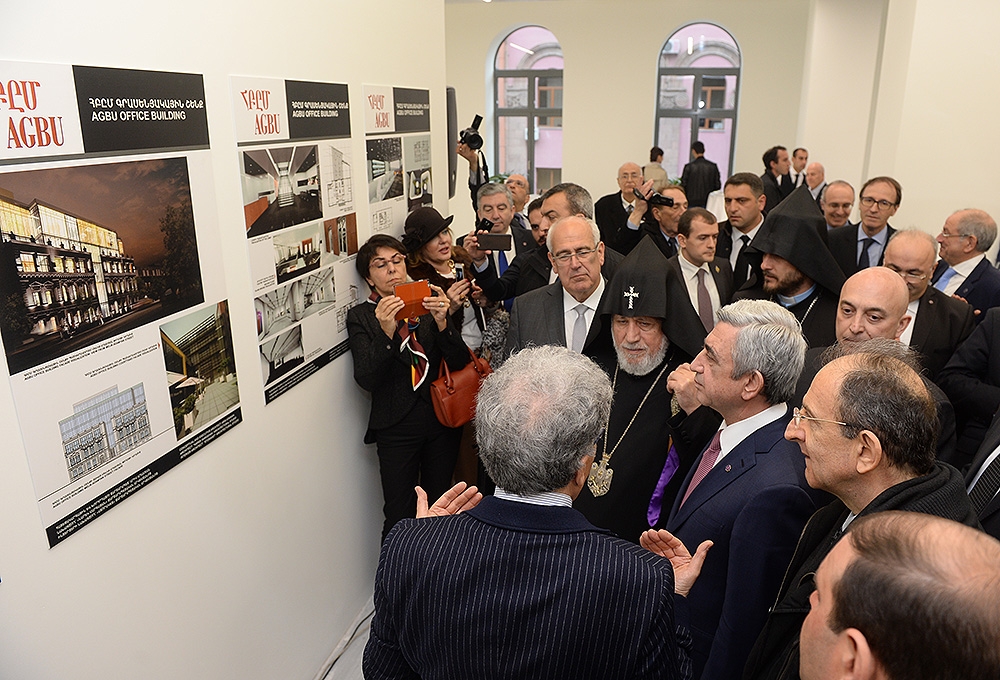 
YEREVAN, 4 APRIL, ARMENPRESS. On April 4, President of the Republic of Armenia Serzh Sargsyan attended the opening ceremony of the newly opened building of the central headquarters of the Armenian General Benevolent Union (AGBU) in Yerevan.

To expand the AGBU’s charity, cultural, educational and youth programs, as well as to create more favorable conditions for the implementation of new programs for Armenians, in 2010, the AGBU laid the groundwork for the construction of the new building next to the building of the Government of the Republic of Armenia located at Melik-Adamyan Street in Yerevan.

As the Public Relations and Mass Media Department of the Structure to the Office of the President of the Republic of Armenia reports to “Armenpress”, during the tour, the President was told that the newly built building of the AGBU occupies nearly 1,300 square meter territory on which there is a five-story state-of-the-art building with all the accommodations for offices, sessions halls, galleries and an underground parking lot. During planning and construction, special attention was paid to meeting the demands of urban development by which elements that were characteristic of the old center in Yerevan were maintained.

According to the AGBU administration, the AGBU building in Yerevan will provide the opportunity to expand the AGBU’s youth, cultural and educational programs and will become a new hearth for the strengthening of Armenia-Diaspora relations.