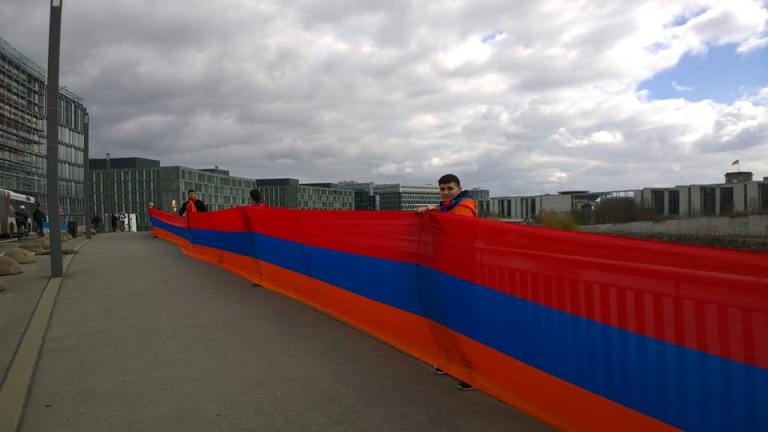 The participants of the action also waved the tricolor flags at the place where Soghomon Tehleryan had shot Minister of Internal Affairs of the Young Turks and main organizer of the Armenian Genocide, Talaat Pasha as part of Operation Nemsis on March 15, 1921.

After being waved in different parts of Armenia and Artsakh and in the Armenian Diaspora, the 100-meter Tricolor made by members of “Tigran Mets” Charitable Foundation will be placed on top of Mount Ararat in April.