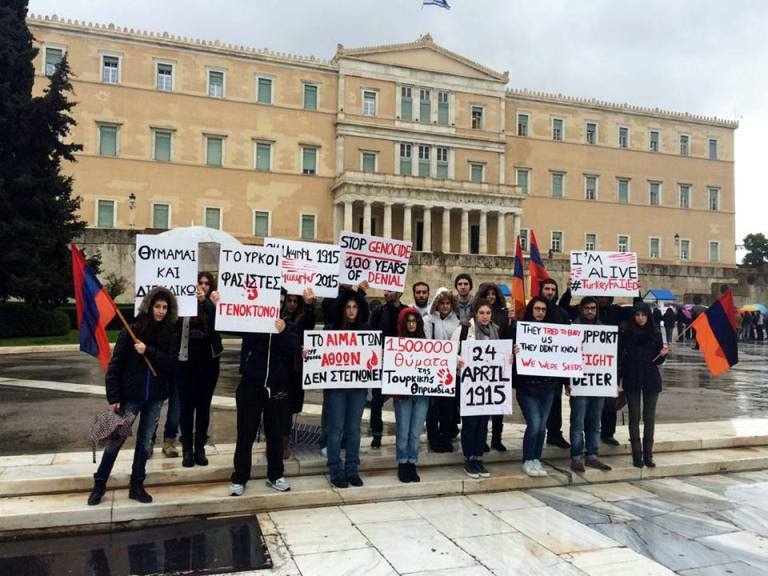 
ATHENS, 27 MARCH, ARMENPRESS. Members of the Armenian Revolutionary Federation-Dashnaktsutyun Armenian Youth Association in Greece held a protest in front of the building of the EU Delegation to Greece with the demand that EU member states put an end to their policies of denial and recognize and condemn the Armenian Genocide.

As the editors of Azad Or newspaper of Athens report to “Armenpress”, the youth submitted a requisition to the EU representative in which they have emphasized that Turkey continues to deny the Armenian Genocide and is leading a worldwide campaign to distort the history in the year marking the Centennial of the Armenian Genocide.

“We call on the European Union to encourage member states to recognize the Armenian Genocide and subject deniers to criminal liability,” as stated in the requisition.

The Greek-Armenian youth also demand that the European Union pressure Turkey to recognize the Armenian Genocide and take action to compensate for the material and non-material losses and the restoration of the historic rights of the Armenian nation.