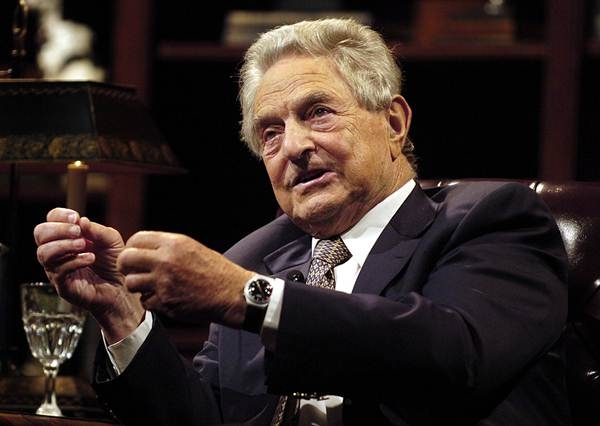 YEREVAN, JANUARY 23, ARMENPRESS: On January 22, George Soros, founder and chair of the Open Society Foundations, met with the Azerbaijani president Ilham Aliyev in Davos and voiced his concerns over the Azerbaijani government’s crackdown on civil society institutions. Armenpress reports, citing the Azeri Report that immediately after the meeting, the Open Society Foundations issued a statement slamming the Azerbaijani government for the crackdown on the civil society institutions in the country. Below is the full text of that statement:
“The Open Society Foundations are deeply concerned about the intensifying campaign against civil society in Azerbaijan, including the detention of several prominent human rights activists.
Over the past few months, Azerbaijan’s government has arrested dozens of political activists, human rights defenders, journalists, bloggers, and lawyers and falsely charged them with crimes ranging from misappropriation of funds to treason. Some have already received lengthy prison sentences.
Among those arrested are:
·         Leyla Yunus, a prominent human rights activist, arrested together with her husband (July 2014);
·         Intiqam Aliyev, a leading lawyer working in the field of human rights (August 2014);
·         Rasul Jafarov, a well-known youth activist (August 2014); and
·         Khadija Ismayil, a leading investigative journalist (December 2014).
In April, the authorities targeted Open Society’s foundation in Baku, the Open Society Institute–Assistance Foundation. They froze the foundation’s local bank account and seized its computers, as well as questioned former employees. The Open Society Foundations dismiss any allegations of wrongdoing.
George Soros, founder and chair of the Open Society Foundations, met with President Ilham Aliyev in Davos, Switzerland, and urged the president to loosen his stranglehold over civil society and to end his harassment of legally registered charitable organizations.
Open Society’s foundation in Baku since 1999 has worked with local partners in Azerbaijan to improve transparency around oil and gas revenues. Soros also called on Azerbaijan to act decisively to regain its place among the front-runners of the Extractive Industries Transparency Initiative”.