The door is still open for Sirusho: W Magazine 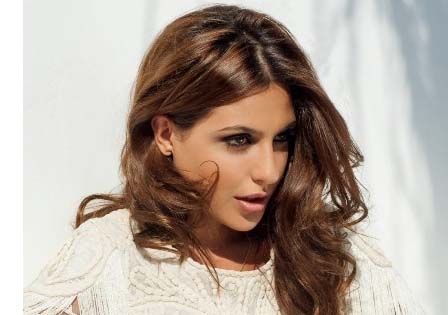 
YEREVAN, NOVEMBER 5, ARMENPRESS. Prominent American W Magazine states that Armenian singer Sirusho is among the 6 Un-American Idols. Among other things the magazine noted that Sirusho has 18,000 Instagram followers. In particular W Magazine stated the following: “Certain members of the Armenian diaspora have dominated the global tabloids these past few years, but, so far, no Kardashian has cut a full-length album. Perhaps, then, the door is still open for Sirusho (whose real name is Siranush Harutyunyan) to introduce the world to a sound and language largely unknown in the West. Her single “PreGomesh” (which translates roughly as “go buffalo”) blends folksy and militaristic percussion with clubby, driving synth. In the video, Sirusho shows off spirited choreographic maneuvers including dust-kicking and vogueing—particularly impressive, as she’s weighed down by what appears to be every piece of silver jewelry on the planet.”

11:29, 05.19.2022
2881 views U.S. recognizes role of population of Nagorno-Karabakh in deciding its future–Ambassador Tracy’s interview to ARMENPRESS