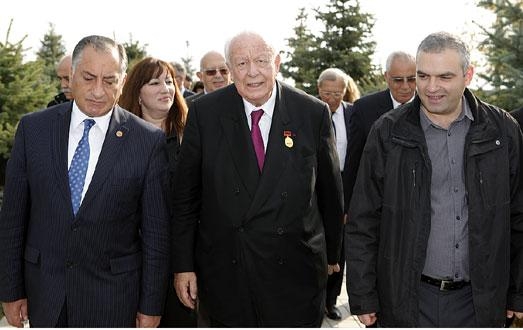 YEREVAN, OCTOBER 26, ARMENPRESS: The members of the delegation headed by the Marseilles Mayor Jean Claude Gaudin, who is in Yerevan on October 23-27 on the invitation of the Yerevan Mayor Taron Margaryan, visited the Tsitsernakaberd Memorial to pay tribute to the memory of the victims of the Armenian Genocide, accompanied by the First Deputy Mayor Kamo Areyan.
The Department for Mass Media and Public Relations of the Yerevan Municipality informed Armenpress that the Marseilles Mayor Jean Claude Gaudin watered the tree planted by him in 2007 during his official visit to Yerevan. 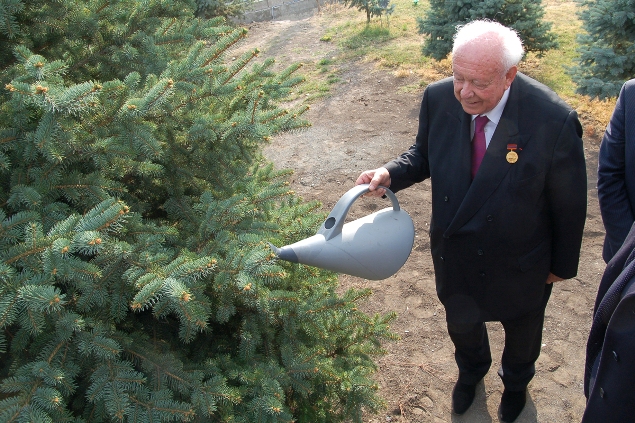