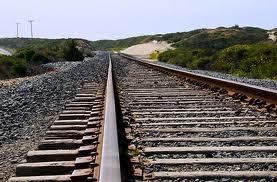 
YEREVAN, AUGUST 16, ARMENPRESS: The State Railways of Turkey continue the supervision, care and maintenance works of the railway from Erzurum to the Republic of Armenia, which have been started since May. This was reported by the Turkish Haberler News Agency, as reported by Armenpress.

The director of the Erzurum Department of the Turkish Railways told the journalists that the works being carried out on the railway with the length of 1317 kilometers have already reached Kars. “We plan to finish the renovation works of the railway up to the Armenian border by the end of the year of 2013”, - said the representative of the Turkish Railways, noting that the works are being implemented on the highest level.