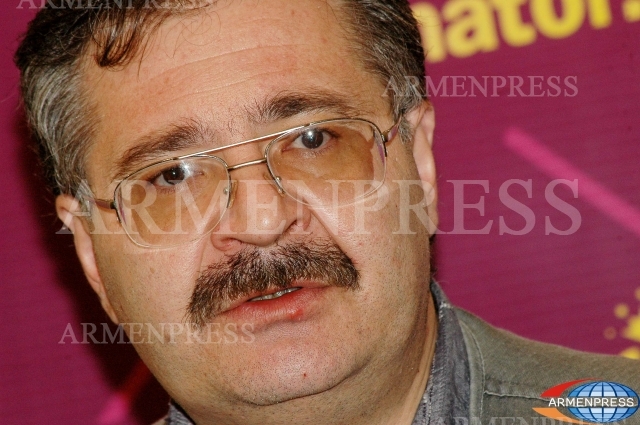 
YEREVAN, OCTOBER 24, ARMENPRESS. There is no opposition in Syria, but a conspiratorial anti-state movement having its origins in different countries, but it is not of Syrian citizens. This is the opinion of the political scientists Sergey Shakaryants during the press conference held on October 24. The political scientist reminded that on October 19 the government of the country introduced names of 150 rebels to the Secretary-General of the UN.

He emphasized that the authorities gave their permission to the local Christian community for the formation of defense units. In Sergey Shakaryants’ opinion the Armenian defense units will focus their attention not only on the protection of the peaceful citizens, but they will also be guarding of the churches and historical and cultural monuments. Sergey Shakaryants said: "The Armenians should always be brave. They must keep being united and protect their soil and fortune." Although Armenians are dying in Syria, but the majority of the Syrian-Armenians are not going to leave the country.

In accordance with the official information clashes lasting more than 18 months caused the death of about 40 Armenians.