EDB to finance construction of 11 solar power plants in Armenia 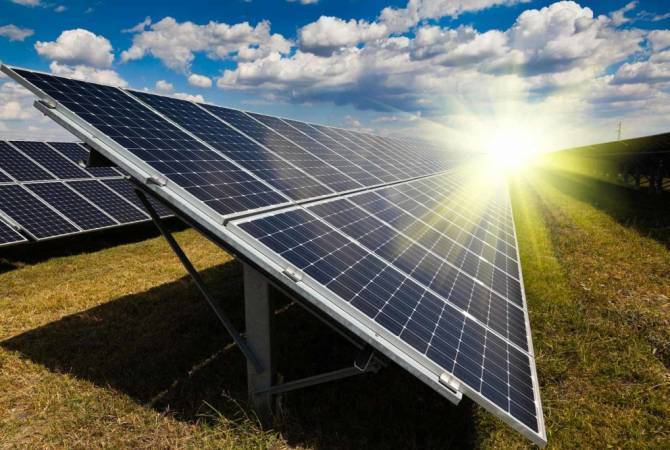 
YEREVAN, AUGUST 5, ARMENPRESS. The Eurasian Development Bank (EDB) will provide up to US $37 million to finance the construction of 11 solar power plants with a total capacity of up to 65 MW in the Gegharkunik and Aragatsotn Regions of Armenia. The relevant documents were signed in Yerevan by Nikolai Podguzov, Chairman of the EDB Management Board, and Hayk Harutyunyan, President of the New Energy Group, the EDB said in a press release.

All the facilities are scheduled to be commissioned this year. The investment will be repaid from payments under electricity sales contracts between the borrower and the Electric Networks of Armenia.

Developing renewable energy sources (RES) is a priority of the Armenian government’s energy strategy. RES reduce the country’s dependence on fossil fuels, which are fully imported. The priority of RES and the intentions of Armenia’s government for their development are enshrined in the nation’s 2021–2040 Energy Strategy.

The potential of solar power plants in Armenia is estimated at 8 GW. The average annual sunshine is 2,700 hours while the average annual solar radiation falling on a horizontal surface is about 1,720 kWh per sqm (the European average is 1,000 kWh per sqm). A quarter of the country is endowed with solar energy resources of 1,850 kWh per sqm per year.

“Today, Armenia’s energy system is based on thermal, nuclear and hydroelectric power. Natural gas remains the largest source of total energy supply and the main energy carrier in total final consumption. According to our strategy in Armenia, the EDB focuses on distributed solar power projects and the construction and modernisation of hydropower facilities. The Bank’s objective until 2026 is to help diversify the country’s sources of electricity generation. In doing so, we not only increase the reliability of the energy system, but also significantly improve the environment by reducing carbon emissions,” said Nikolai Podguzov, Chairman of the EDB Management Board.