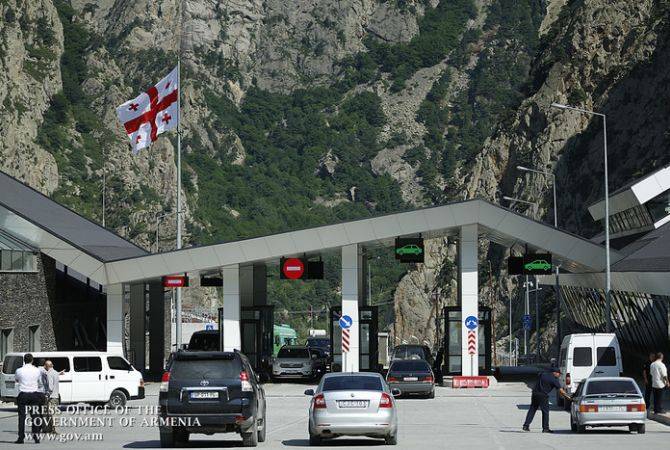 
YEREVAN, JULY 7, ARMENPRESS. The clearance capacity of the Upper Lars checkpoint at the Russian-Georgian border has greatly increased in the past one and a half month, Minister of Economy of Armenia Vahan Kerobyan told reporters after the Cabinet meeting today.

“The clearance capacity of Armenian cars has doubled. If two months ago the average daily number of Armenian cars passing through Lars was 130, now it is approximately 250”, he said. “We think that the problem of queues will be completely solved within the next month, the queues will disappear, and we will have no problem until weather conditions worsen”, he said.

Commenting on the ferry transportation options, the minister said that the issue is expected to be solved in coming days. “If not, we will be able to do the same action via the Batumi port and create an alternative option. The problem is that the Dutch company joined the sanctions against Russia and because of sanctions the permit is being delayed. The company in Batumi is managed by a Philippine company from where it is easier to get a permit. We think the Poti port is a good option, but if it doesn’t work, we will do the second option”, he said.

As for the inflation, the minister said that the Central Bank is fighting inflation with its tools.

“Due to the high prices of food we are facing a danger of increase in poverty, and the government is preparing several actions in this respect. The minimum salaries and pensions will rise, new jobs will be created”, he said.