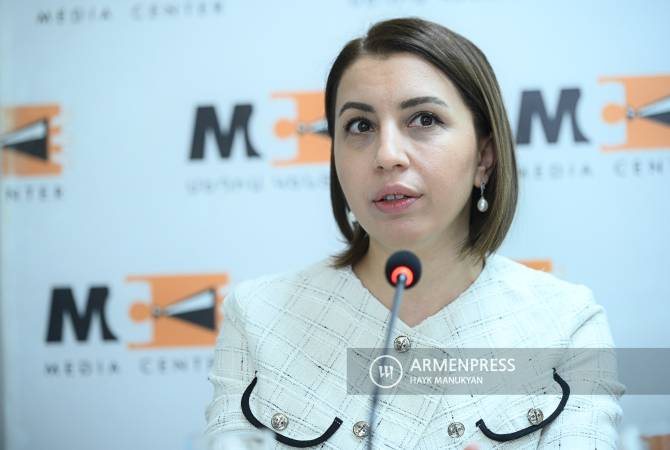 
YEREVAN, JULY 4, ARMENPRESS. It is necessary to develop the parliamentary system of government as it has a great potential for democratic governance, Human Rights Defender of Armenia Kristinne Grigoryan said at a discussion on the topic of the necessity of constitutional amendments.

“We have a path to pass for the further development of the parliamentary model”, she said.

She said that the amendment of the Constitution is a goal deriving from the government’s action plan, for which there are concrete deadlines.

“I think we should not follow the calendar. For us it’s important that this process is perceivable for the people, that the Constitution really becomes that of a human, not as an incomprehensible document”, she said. “The term of office of Human Rights Defender should be clearly enshrined by the Constitution that a person could be elected to that post only once. This is directly aimed at further strengthening the independence of this institution”, she added.