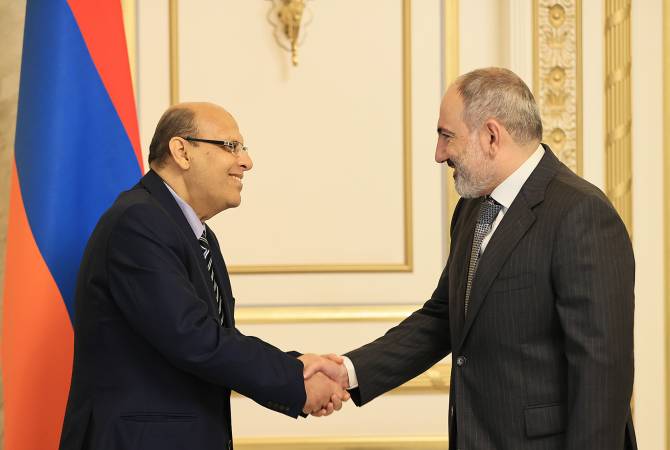 The Prime Minister expressed satisfaction with the current level of the political dialogue between Armenia and Egypt, attaching importance to the implementation of consistent steps aimed at developing economic cooperation. In this regard, Nikol Pashinyan stressed the necessity of discussing and implementing specific programs and ideas by the governments of the two countries, as well as expanding the agenda of bilateral relations. The Prime Minister praised the role of the Ambassador in promoting cooperation between Armenia and Egypt, expressing confidence that his efforts will yield new results.

In turn, Bahaa El Din Bahgat Dessouki noted that the Egyptian government is interested in developing relations with Armenia in various directions.

During the meeting, the interlocutors attached importance to organizing high-level reciprocal visits, during which it will be possible to discuss more substantively the mutually beneficial projects and prospects for their implementation.

The sides exchanged views on the development of cooperation in air communication, tourism and other spheres of the economy.