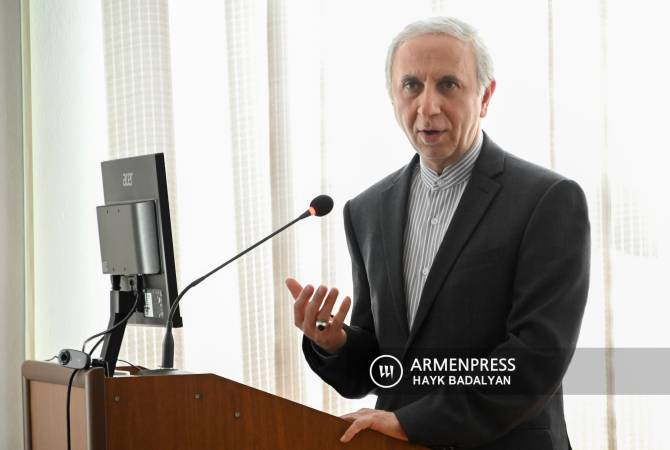 
YEREVAN, MAY 27, ARMENPRESS.A state-level agreement exists between Armenia and Iran on Iran opening its consulate in the Armenian town of Kapan in Syunik Province, the Iranian Ambassador to Armenia  Abbas Badakhshan Zohouri told ARMENPRESS. “The work has started, but we haven’t yet acquired the relevant territory. This proves the significance of this province for Iran and Armenia,” the ambassador added.

“We are planning cooperation in various directions between bordering provinces, in scientific, academic, economic and other areas, we are also developing very good projects in tourism, which will take place in Syunik very soon, and this can help for the two peoples getting to know each other better,” the ambassador said.

In December 2021, the Iranian government approved opening a consulate in the Armenian town of Kapan.

The Armenian Foreign Ministry then said that Armenia will also open a consulate in Iran, without specifying in which city.