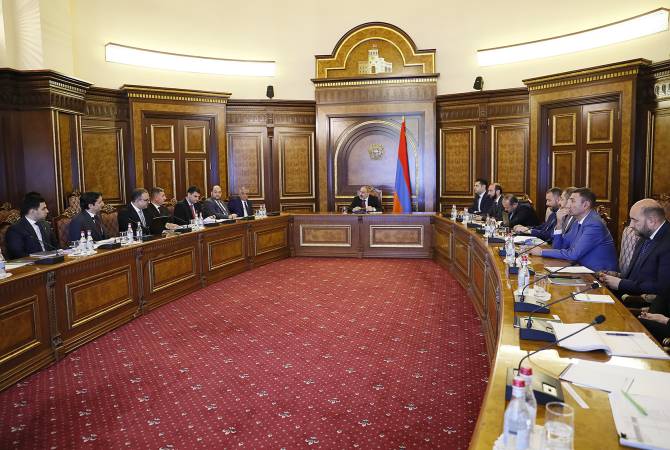 
YEREVAN, MAY 24, ARMENPRESS. A consultation chaired by Prime Minister Nikol Pashinyan was held, during which issues related to fiscal policy and the tax reform agenda were discussed, ARMENPRESS was infomred from the Office of the Prime Minister.

The analysis of the Ministry of Finance on the concept of tax revenue management, the revised draft of the Medium-Term Expenditure Framework for 2023-2025 and on the state budget execution in the first quarter of 2022 was presented.

Minister of Finance Tigran Khachatryan referred to the structure of tax revenues, the goals of the reform of a number of types of taxes, the opportunities for improving the tax-to-GDP ratio based on that. The process of evaluating the MTEF expenditure quotas and the evaluation process of the applications submitted by the departments, which were carried out based on the Government Action Plan 2021-2026, sectoral strategies, regulations, cost planning, and the realism of the applications was reported. It was mentioned that the revision of the fiscal framework of the MTEF for 2023-2025 is also conditioned by the international economic situation and the forecasts on the economic growth of the partner countries. Forecasts on macroeconomic indicators, economic growth, opportunities and risks to meet the Government's targets in terms of current and capital expenditures were presented.

State budget execution report for the first quarter of 2022 was discussed. The Prime Minister was presented with the performance of revenues and expenditures by departments. It was noted that based on the results, the macroeconomic impact was assessed, and proposals for improving the expenditure process were developed.

During the exchange of views, issues related to the programs and reforms envisaged by the Government's Action Plan were discussed.

The Prime Minister drew the attention of the concerned officials to the performance of expenditures provided for by the State Budget 2022, instructed to be consistent so that both current and capital expenditure programs are fully implemented. Nikol Pashinyan noted that there was no program that was not implemented due to lack of financial resources and the government will continue this approach. At the same time, it’s necessary to focus on the content of the programs and the quality of the work, as well as the reforms in other areas.

Summing up the consultation, the Prime Minister instructed to continue the discussions.