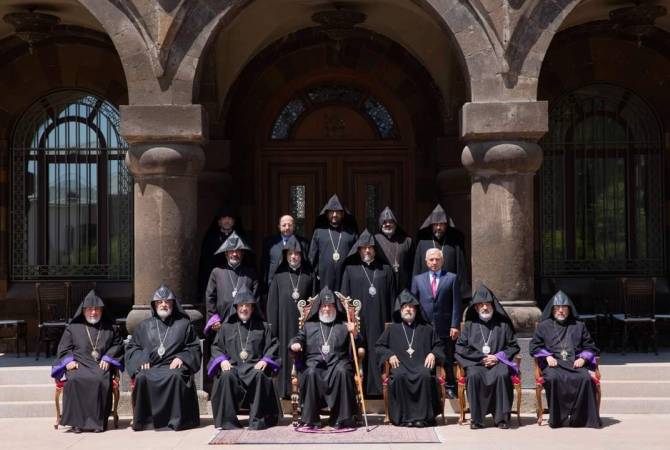 
YEREVAN, MAY 20, ARMENPRESS. The Supreme Religious Council, chaired by Supreme Patriarch and Catholicos of All Armenians Karekin II, referred to the external and domestic challenges, geopolitical and regional developments facing Armenia and Artsakh following the 44-day catastrophic war.

As ARMENPRESS was informed from the Mother See, the Supreme Religious Council said in the statement

The Supreme Religious Council, deeply concerned with the complicated situation created, with the domestic political developments in the homeland, relying on the mercy of the Supreme Lord, the wisdom of our people, urges:

The Supreme Religious Council calls on our faithful people all over the world to continue to support our sisters and brothers in Artsakh, to contribute to the strengthening of the Artsakh Republic, to its peaceful and secure life.

"We pray for the peace and progress of our country, we ask for the blessing and support of the Heavenly Father to our people.

Let the prayer for the homeland be constantly on the lips of our nation," the statement reads.