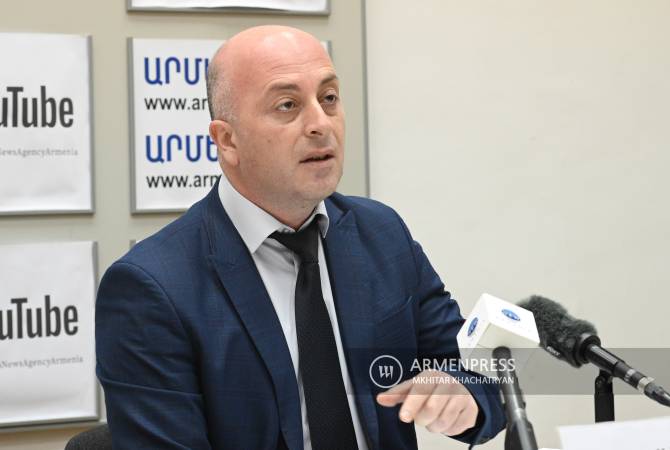 
YEREVAN, MAY 18, ARMENPRESS. The Office of the High Commissioner for Diaspora Affairs received around 4000 repatriation applications in 4 months.

Hovhannes Alexanyan, the Director of the Department of Strategy Development at the Office of the High Commissioner for Diaspora Affairs said at a press conference that most of the applications concern the citizenship acquisition procedures, enrollment in educational institutions, healthcare issues, relocating businesses to Armenia and possibilities of importing personal-use cargo through customs borders.

“The repatriation process is rather difficult; there are cases when we work with families for 6 months or even a year before they arrive to Armenia. Many of them want to get citizenship, status initially and then benefit from the privileges envisaged for repatriates. For example, in 2021 we had around 7300 compatriots from 45 countries who obtained Armenian citizenship. Most of them come from Russia, Lebanon, Iran, Georgia, Syria, and the United States and European countries. Last year, 2070 of our compatriots obtained the status of permanent residency or special residency in Armenia. Surely it is difficult to say what percentage of our compatriots are permanently residing in Armenia, but at least it is obvious that half of them are in Armenia. Many of them have dual citizenship, even three citizenships and are organizing their lives in different countries,” Alexanyan said.

Alexanyan said in the context of repatriation they view not only the compatriots representing the classic Diaspora, but also those who left Armenia years ago due to socio-economic or other reasons and are now returning.

“Repatriates encounter several issues, particularly accommodation. They even apply to us with requests to find apartments for rent. They ask for legal support while buying apartments. The next issue concerns customs regulations. Our legislation enables repatriates to move their personal property to Armenia without customs payments,” Alexanyan said.