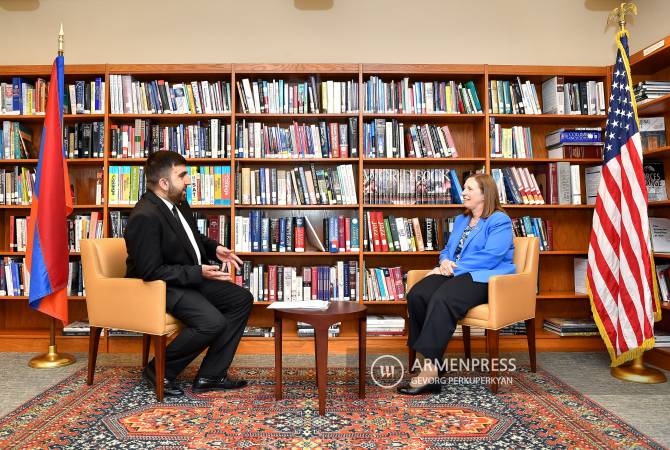 
YEREVAN, MAY 18, ARMENPRESS. The United States highly values its partnership with Armenia, which is based on shared democratic values, and continues to see a positive future for the U.S.-Armenia relationship, U.S. Ambassador to Armenia Lynne Tracy said in an exclusive interview to ARMENPRESS on the occasion of the 30th anniversary of the establishment of diplomatic relations between Armenia and the United States.

During the interview the Ambassador talked about her diplomatic mission in Armenia, the past and present experience, her impressions on the country, the agenda of the Armenian-American relations, as well as regional and international developments.

She also touched upon the general dynamics of the Armenia-U.S. relations over the past 30 years, their development prospects, sharing important information about the current development of the bilateral ties.

Ambassador Tracy said “the U.S. Embassy is committed to supporting Armenia’s democratic and economic reform agenda and partnering with Armenia to achieve its goals”.

“We are committed to continue helping the Armenian people build a future based on shared democratic values, a path they chose in 2018 and to which they recommitted themselves during the 2021 parliamentary election”, Ambassador Lynne Tracy said.

The full text of the interview with the U.S. Ambassador to Armenia will be published soon.