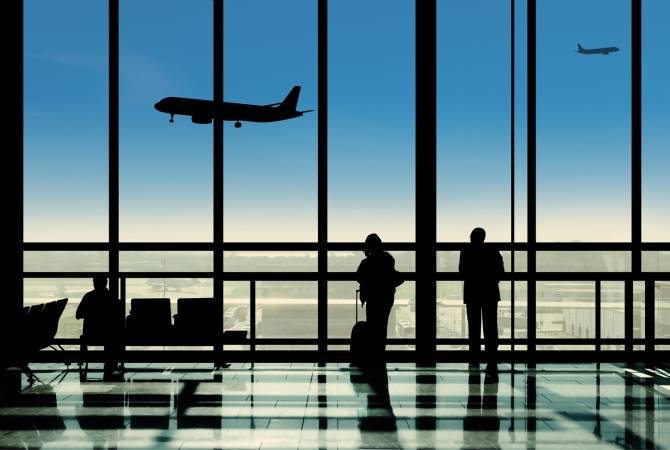 
YEREVAN, MAY 17, ARMENPRESS. The Civil Aviation Committee of Armenia is expecting an increase in passenger flow ahead of the tourism season.

Mihran Khachatryan, deputy chairman of the Civil Aviation Committee, gave an interview to ARMENPRESS, talking about the new destinations, flights, the Armenia-EU Common Aviation Area agreement and other issues.

-Mr. Khachatryan, significant changes were made in the international aviation market due to the Russia-Ukraine developments. Several airlines revised their activities because of sanctions. To what extent did this situation affect the Armenian market?

-The Russia-Ukraine developments left their impact both on the international and the Armenian aviation market. Particularly, the transit flights in the Armenian airports have greatly increased. Many passengers from Russia arrive in Armenia who then travel to other, mainly European countries by Armenian or other airlines. Currently, several Russian airlines do not operate flights due to the existing restrictions and because of the lack of aircrafts to be operated for international flights some Russian airlines operate their flights by small aircrafts.

-Armenia will finally have a national airline. When is the first flight of Fly Arna scheduled? What will the airline give to Armenia?

-Airlines created according to the Armenian legislation are considered Armenian national airlines. Currently, there are 8 Armenian carriers in the Armenian aviation market. The Armenian National Airlines CJSC (Fly Arna) has already received an aircraft operator certificate by the Civil Aviation Committee and the company is currently taking preparation works for the launch of the flights.

-The tourist season launches soon. In line with this, Armenia also lifted most of the COVID-19 restrictions. What are the expectations over the passenger flow?

-There are already applications to operate charter flights for the summer navigation period at different tourism directions. Given the latest trends in the decrease of new COVID-19 cases in Armenia, as well as the revision of some restrictions, the Committee is forecasting an increase in passenger flow.

-Are there already new directions for this year? What kind of new airlines are expected to enter the Armenian market this year?

-Wizz Air plans to operate Larnaca-Yerevan-Larnaca regular flights starting June 22, as well as it is also expected to operate Rome-Yerevan-Rome flights from September 5. The Committee is regularly receiving applications for the operation of flights in several directions.

-What has been done within the frames of the Common Aviation Area agreement signed between Armenia and the European Union last year? What does the common aviation area suppose?

-The signing of the Common Aviation Area agreement between Armenia, the EU and its member states supposes that Armenia will liberalize the relations with all member states of the EU in civil aviation sector, the EU standards will be installed, as well as the airlines will be provided with predictable and competitive conditions for conducting an aviation activity. I also want to state that currently the process of the agreement’s entry into force is not over yet. The introduction of the EU standards into Armenia’s domestic legislation supposes doing constant works, that is to revise the current regulations and make them in accordance with the EU standards.

-What news to expect in civil aviation sector in the future?